The Roger Vivier exhibit at The Bata Shoe Museum is coming to a close and if you’ve been putting off going you need to stop now. April 7, 2013 is the last day you can check out the work of this master shoemaker. I finally got off my ass and took in the exhibit this week. Roger Vivier’s work is of exceptional beauty and technical design. He invented so many of the classic shoe styles some of which are as popular as ever more than 50 years later.

Roger pushed shoe design to new levels with his creative and technical sides. Vivier perfected the modern stiletto in 1954. He never used the term stiletto but aiguille (needle heel). The Choc heel which looks like a concave stiletto came along in 1959. My favourite pair of the exhibit are a Choc heel and pictured above. Roger also debuted the Tibet heel in 1959. It’s shaped like a small inverted pyramid. The Polichinelle heel followed, it has a low hourglass-shaped heel. In 1962 he introduced another heel shape called New Style which was low, curvy and places directly under the heel of the foot. It was after this development that Dior and Vivier parted ways. During his time at Dior he solidified the lowered heel and square toe as staples of shoe design.

During his time of independence, Roger created the Choc heel’s design opposite, the Virgule or Comma heel. After Dior, Vivier moved on to design for Yves Saint Laurent. Together they debuted the thigh high boot and the low heeled buckle shoe. These modern designs are inspired by 17th and 18th century men’s shoe designs. The low heeled buckle shoe got the nickname the “pilgrim buckle” shoe. The shoe took on it’s final name, “Belle de jour” after Catherine Denueve wore them in the 1967 namesake movie. Cuissardes or thigh high boot produced by Vivier under YSL caused waves in the 60s with their sex appeal. Vivier reintroduced the Socle Choc or platform sandal in 1967 and they were part of YSL’s spring collection that same year.

It was a spiritual visit. The shoes are breathtaking. The details display the genius of Vivier. Many of the displays allow you to get a look at all angles of the shoe which I really appreciated as a details nerd. There are a lot of shoes on display that span Roger Vivier’s career. I felt satiated after the exhibit and was pleased with the selection on display. The official book of the Roger Vivier: Process to Perfection exhibit is amazing and I purchased one for myself. It has all the text on display in the exhibit as well as the shoes and images.

The French Consulate created a video of the exhibit where you can see the layout of the space.

So if you call yourself a shoe lover or snob you need to get to the Bata Shoe Museum before April 7, 2013 because this is an exhibit that cannot be missed.

I’m celebrating my birth with one of my favourite magazines, the Worn Fashion Journal. Join me and the Worn Team celebrate the closing of the ART & SOLE exhibition.

The ART & SOLE exhibition (May 21 – June 6) will feature twenty-four interpretations of that understated fash classic, Keds. The exhibit will close with a v. fashionable gala (cocktails! hor d’oevres! 1960s Motown/Stax/Hi Records music courtesy of Shake a Tail DJs!) and live auction fundraiser which will give our readers the chance to bid on these wonderful creations, with a portion of proceeds supporting Fashion Cares (in support of ACT).

The animated image above displays some of the shoes in the collection. Attendees of SOL(e)D! will also have access to all exhibits in the museum, cheap drinks and free food. Tickets are $28 and also include 2 year subscription to WORN. Tickets can be purchased online SOL(e)D! Tickets or in person at the following stores:

If you see any shoes you like there is an auction and you can try to get them for yourself. Out of the ones I’ve seen these are a couple of my favourites: 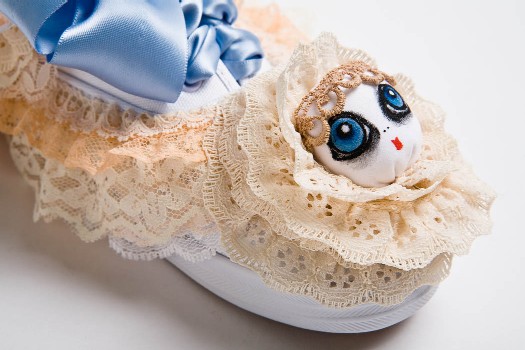 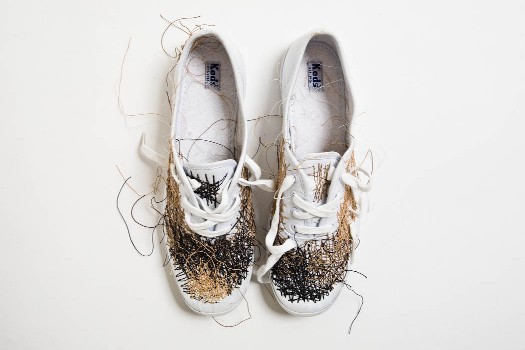 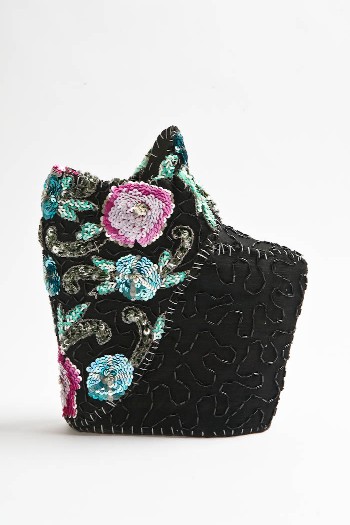 Hopefully you can join me celebrating shoes, Sonia Bata, Worn Fashion Journal and me on Saturday.