I’ve talked about myself enough so here is a slideshow of the other windows at the Bloor Street store. Images provided by Holt Renfrew.

I’m a big fan of all the windows. At first I didn’t understand Bryanboy’s but Jennifer at Fashion Magazine straightened me out. Marc Jacobs did the Posh in a Bag ads which were very similar to Bryanboy’s own Bryanboy in a bag photos. It all made sense after that revelation and I enjoy his window much more.

Jane’s was awesome and I loved how all the mannequin looked just like her. There wasn’t enough shoes though.

Loved Tommy Ton’s window, especially the screens that were made using images from Jak & Jil.

The Sartorialist got the biggest windows and they are pretty cool. Hello, newspaper boxes wrapped in suiting material, LOVE.

Garance Dore’s was very French, perhaps the Baguettes were over doing it. I loved the mannequin with the camera the best. If you look close enough you’ll see Garance Dore on the lens.

I think Bloor Street has the best windows, but it’s been interesting to see the translation of the theme to the other cities. I look forward to seeing more photos roll in. I’ve taken some of my own shots of the Bloor Street windows with some close up pics.

When Tommy Ton was in Paris for the fall collections he took some amazing pictures of the Lanvin Window Display. He’s let me post some of the pics here. Thanks Tommy 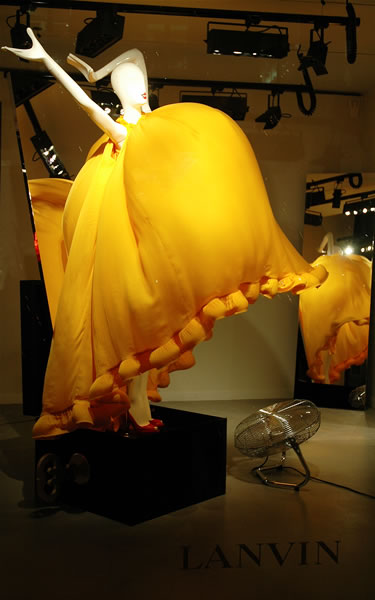 This is my favourite picture. The dress is gorgeous and the yellow would look killer on me. I would just need a little man to carry a fan for wind around behind me like John G has. 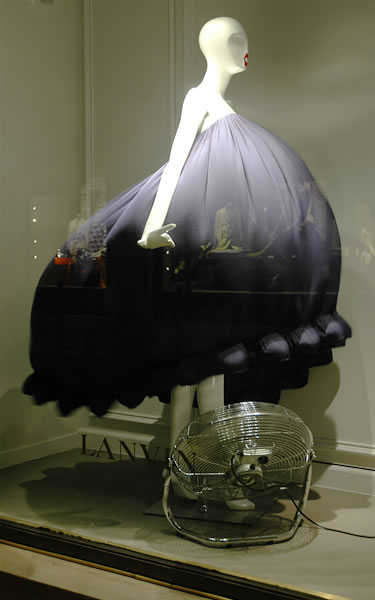