So, this is the second post in my I want – I got Editorials group. I was blogging for the award-winning MasterCard Stylicity project this season and I organized three editorial shoots for the stores Philip Sparks, Nomad and Spectacle. The shots turned out really well so I’ve decided to showcase some of them here too. This is Nomad.

I really wanted to do the modelling for Nomad myself. However, I felt there were a couple of problems with that. One would be sizing. The other problem was audience. Nomad is a menswear shop and I need to speak to their main customers who are men. So my photographer Dave Yan and I convinced my tall and lean brother to model. He was great!

Nomad is an amazing shop and their sales associates are some of the incredibly helpful and down to earth. I even saw a couple of things that would fit me in the store. I’m going to have to go shopping.

Curtis makes everything look amazing. Thanks dear brother for your hard work and thanks to the guys at Nomad for styling everything up. You can check out all the shots from this editorial in the gallery below.

A lot of bloggers love to the do the photoshoot of themselves thing. If you’ve been here long enough, you know that’s not my thing. I rarely post about my daily outfits because I honestly don’t find it or them interesting. For those of you that are curious about what I’m wearing, your best bets for glimpses are to follow me on twitter or instagram. You can search geekigirl to find me.

So, I don’t like outfit posts and that kinda shit but I enjoy doing the occasional editorial. Some of these editorials I’ve organized and others I’ve just played model. I was blogging for the award-winning MasterCard Stylicity project this season and I organized three editorial shoots for the stores Philip Sparks, Nomad and Spectacle. The shots turned out really well so I’ve decided to showcase some of them here too. First up is Philip Sparks.

I brought my sometime collaborator with me Dave Yan. We did the Moon campaign together and he has an amazing eye for shots. The amazing Andrew Coimbra styled the looks and I played model.

You can check out all the shots we took that day in the gallery below.

Here is a list of the items featured in the shoot. You can buy them in store at 162 Ossington Avenue or online at philipsparks.com. 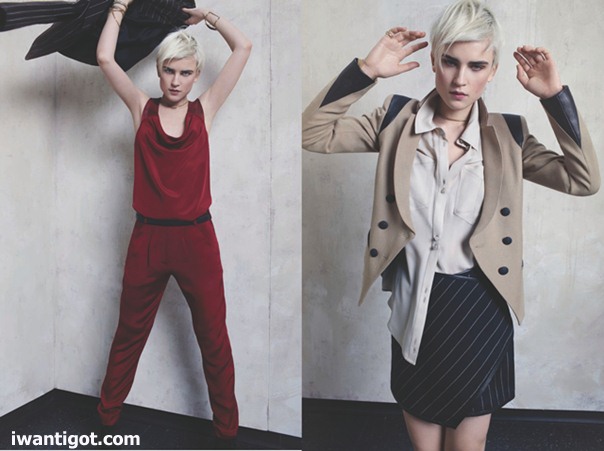 Alex & Eli is an American based brand created by two Parsons graduates, Aja Singer (who is Canadian) and Anne Zeman. Their focus is suiting for women with tailored silhouettes and unusual detailing. 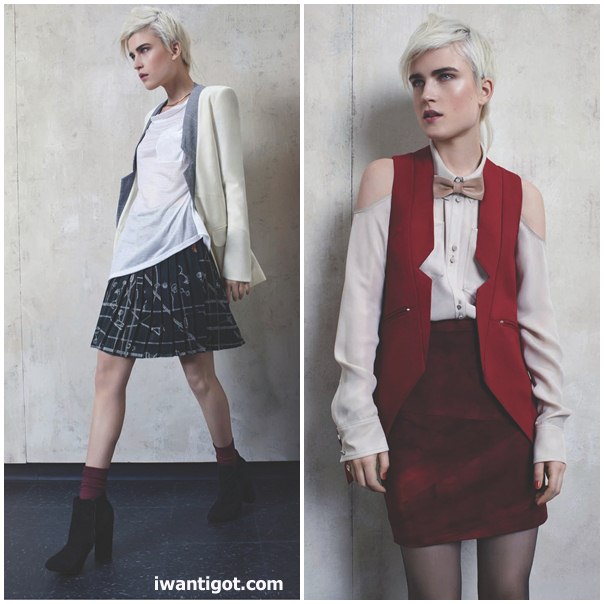 I knew Aja and Anne were after my heart when I started to read the style names. As an unapologetic Star Trek fan, I was delighted to see things like The Vulcan Blazer, Enterprise Pant, the Voyager Blazer, the Kirk (it’s a jacket), Transporter Skirt and the Replicator Jacket. It was doubly delightful that the clothing looked really good. Womenswear influenced by menswear with a modern twist, how could I not love this. 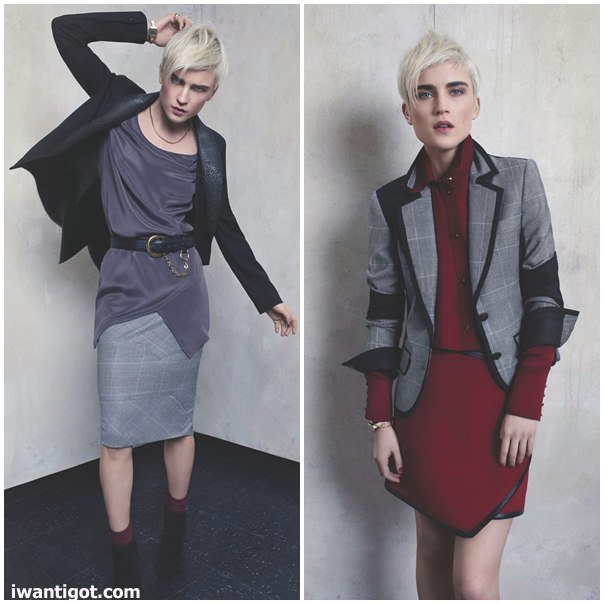 I finally saw a few pieces of the collection at the newly opened Intermix on Bloor Street. Great quality and looks just as good in pictures as real life. 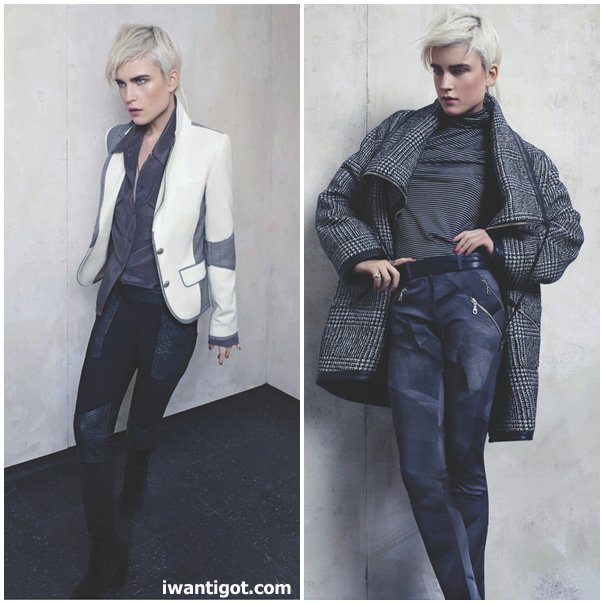 The designer collections are back this year. I picked up a Rodarte shirt last season. I’m curious about this season.
Click the images to get a look at this years collection which includes some menswear.

Article from WWD. – thanks the Fashion Spot

Gap’s iconic white shirt is getting a new life this spring.

Next month, Gap will be bringing back its Gap Design Editions limited edition program, having enlisted 3.1 Phillip Lim, Band of Outsiders, Michael Bastian, Philip Crangi and Threeasfour for the program’s second round.

The initiative, part of Gap’s partnership with the CFDA/Vogue Fashion Fund, featured Rodarte, Thakoon and Doo.Ri last year. This time, it will also incorporate men’s wear and jewelry, and widen its distribution to include Gap adult stores in Canada, the U.K. and Japan.

“We were very pleased with the launch last year,â€ said Gary Muto, president of Gap Adult. “It is centered around encouraging new American design talent and bringing it to a broader audience. There are a lot of emerging designers and it’s become a crowded field, so we said, â€˜How do we celebrate the creativity and use our size to announce the new talent?’â€

Gap, which has been challenged by store traffic and merchandise problems, is hopeful the initiative will help drive traffic back into stores.

“We have taken a classic iconic Gap item,â€ Muto said. “It is redefining a classic and hopefully, it is appealing to our customers, and customers who may not have shopped at the Gap in the past, or haven’t shopped [there] in a while. It broadens the reach.â€

This edition, Gap took more of a strategic approach. Where the 2007 initiative went to about 80 stores, there are elements this year that will go to all units in the U.S. For instance, Muto said the designs of Lim, who was a runner-up for the 2007 CFDA/Vogue Fashion Fund Award, will be more widely distributed. (CFDA/Vogue Fashion Fund winner Rogan already had an agreement with Target, which prohibited the label from participating in this collaboration.)

Each designer worked with Patrick Robinson, executive vice president of design for Gap Adult and GapBody, to put together their pieces.

Lim created four pieces, including a tie-neck shirt, a bell-sleeve ruched shirt and a layered sleeve top, all at $78.

“My goal was to bring the complexity and playfulness of a woman’s essence without compromising the perfect simplicity of a classic white shirt,â€ Lim said.

Band of Outsiders designer Scott Sternberg created a patchwork tunic for $88. “I wanted to patchwork a bunch of traditional white-on-white men’s shirting fabrics together, like a madras patchwork, but all white, bringing a sense of imperfection and an artisanal quality to the shirt,â€ Sternberg said.

Threeasfour’s Gabi, Adi and Ange designed a camisole for $78 and a cutaway dress for $88. “We were looking to find a balance of the three major elements involved: white poplin, Gap and Threeasfour,â€ Gabi said.

Adi added, “We chose to do an easy summer dress and a little asymmetric top that translate our signature seaming and vision [for] a wider audience.â€

Bastian, meanwhile, studied his own design vocabulary to come up with his designs for Gap, which include an epaulet and a Western shirt for men, both at $78. “There is a good skinny military shirt I have never weirdly done in white poplin, and I also always do a Western shirt, with that little Western detail on the shoulder and back with a pleated formal shirt fabric,â€ said Bastian, who also did a women’s style.

Crangi’s task was to create jewelry for the project, and he came up with such looks as a white or black wide resin cuff for $45. “My approach was to find out what is the most basic component of the Gap aesthetic and evolve the design from that,â€ Crangi said. “I worked with the idea of a primary palette and basic shapes.â€

The shirts will be available at Gap Adult stores from April 15.

Marni always does great accessories; Spring 2008 in Milan is no different. 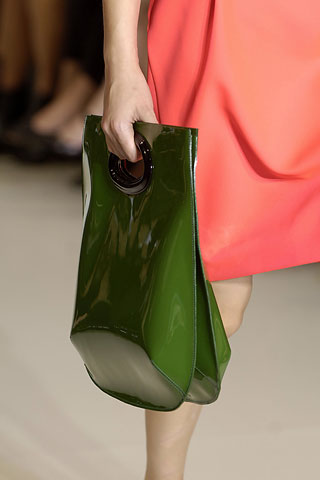 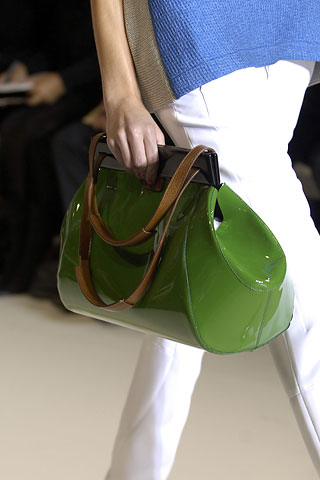 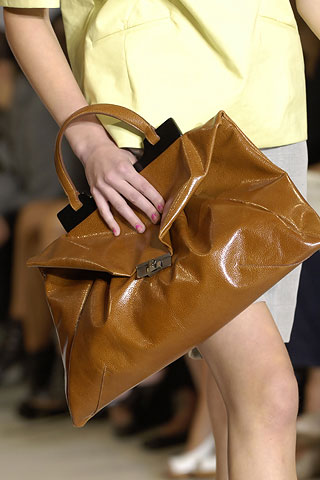 Oh, I liked the clothes too.

END_OF_DOCUMENT_TOKEN_TO_BE_REPLACED 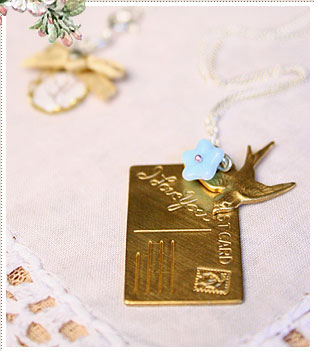 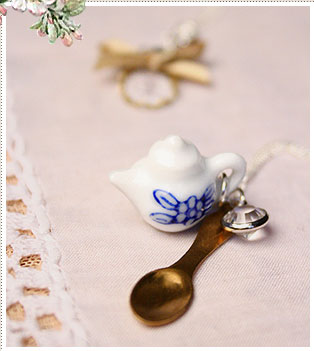 The Time for Tea necklace

And Cute shirts with naughty sayings 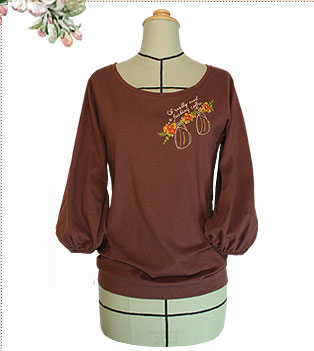 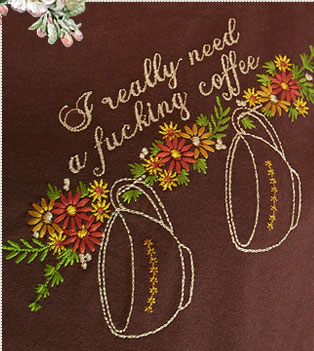 This shirt sums up my mornings on the way to the office.