Sex in the City madness has gripped the city. I was suppose to attend a Sex and the City themed party but I just didn’t have the energy after the Chick Advisor Shop Crawl. To be completely honest, I don’t like Sex in the City. I watched a few seasons of the show but I got bored. It was never something I could relate to – four aging white women and their relationships in New York City.

But I’m sure the movie will do well. Patrick Field has paired with Payless to cash in on the hype. They certainly aren’t my cup of tea and the style names are just plain obnoxious – heiress, empress, princess *shudder* and socialite. I’m not a big fan of Payless shoes, I never find styles that I like. Although I could say that for most shoe stores I walk into. Another thing is that I really don’t like the way they fit. I have two pairs of payless shoes and they are cute but not comfortable. However, these silver sandals don’t offend me from Patrica’s collection. 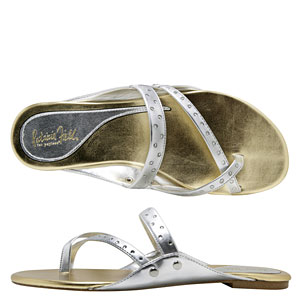