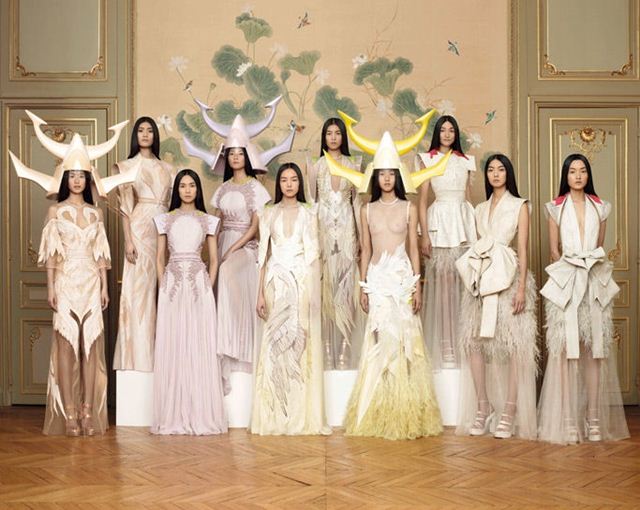 My young university self is squeeling with glee over this collection. That girl who founded the York University Anime and Manga Association with some friends would be all over this Japanese robot influenced collection from Givenchy Haute Couture for the Spring Summer 2011. I’m stunned by this, just like the fall couture collection. I can’t wait for close up video and images. 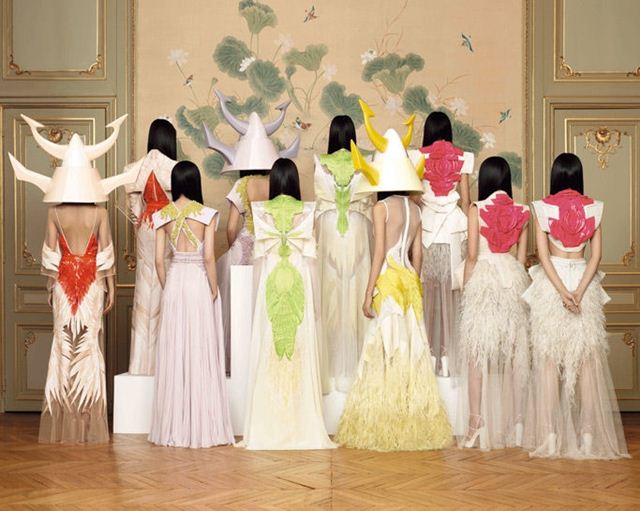 I’m loving the all Asian casting too. It might seem a bit gimmicky but I’m so glad to be looking at different faces. Lots of work went into some of these garments, like 2000 – 4000 hours worth of work. To see this stuff in person, it would be like going to a museum. If only I was independently wealthy, I would order every piece of this collection. 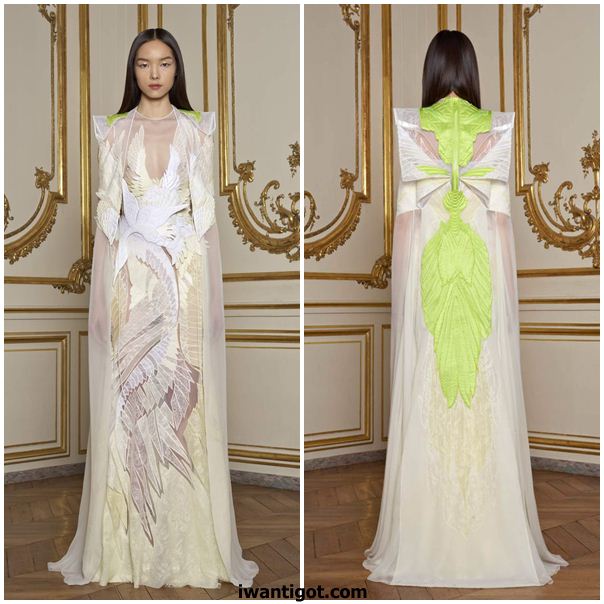 The last time Riccardo Tisci showed a couture collection for Givenchy, the zipper pulls were bones. This season, they were wings. Fashion’s favorite goth took flight with a new obsession: Japan. Not the land of obis and geishas, he said, but the Japan of robot toys and the dancer Kazuo Ohno, whose intensely ritualized style of performance, called Butoh, was a huge influence on Tisci’s friend, the singer Antony Hegarty. When Ohno died, Antony and the Johnsons performed a tribute concert that so inspired Tisci, the dead man became a sort of muse for the designer. And this was the result. According to Tisci, Ohno provided the romance, the melancholy, and the palette (the color of dried flowers). Robots, meanwhile, influenced the appliquÃ©s, the shoes, and the huge hats by Philip Treacy (couple this with Armani last night, and Treacy is clearly the go-to guy for sci-fi headgear).Tim Blanks for style.com