Samuel L. Jackson was the only massive celebrity to attend LGFW. Random is the only word to describe his attendance at Klaxon Howl. One of my favourite moments of LGFW was tweeting about Mr. Jackson’s arrival. Ha Ha. Some people thought it was an April Fool’s joke. I did miss out on getting a photo with him but I did see him in the flesh. I guess when The Hudson’s Bay is backing your line things like this can happen. Klaxon Howl fall winter 2011 – 2012 was a very commercial menswear collection. The military influenced collection used a white, grey, blue, brown and black colour scheme. There was a lone coral coloured button up, which seemed out-of-place in the collection. The collection featured the basics: coats, denim, button up shirts, vests and pants. There was a lot of buzz about the handbag collaboration between Klaxon Howl and The Hudson’s Bay. 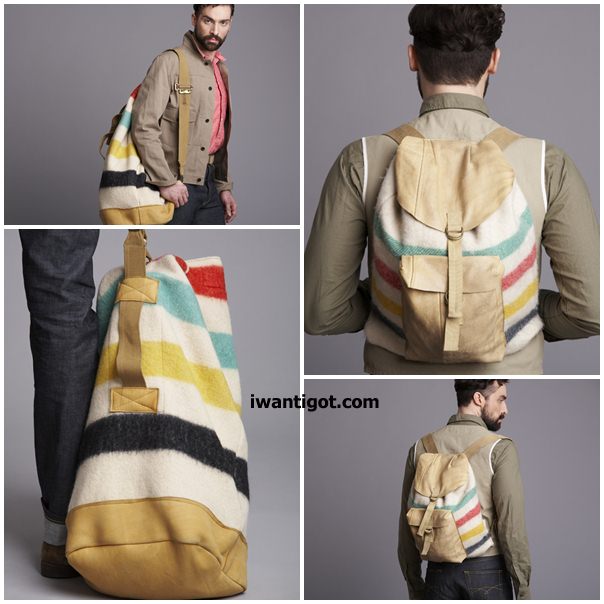 The fashion show was half runway and half presentation. I think the main runway room is too large to pull this format off successfully. The models are too far apart from each other. You don’t get that panoramic photo experience that a presentation in smaller room provides. There is some Behind the Scenes video care of MTV FORA that gives you a peek at the show. It’s nice to see a Canadian retailer invest in a brand. I hope to see more of it the future. .
Photos taken for I want – I got by Paul Ross of Opique.com and courtesy of The Bay