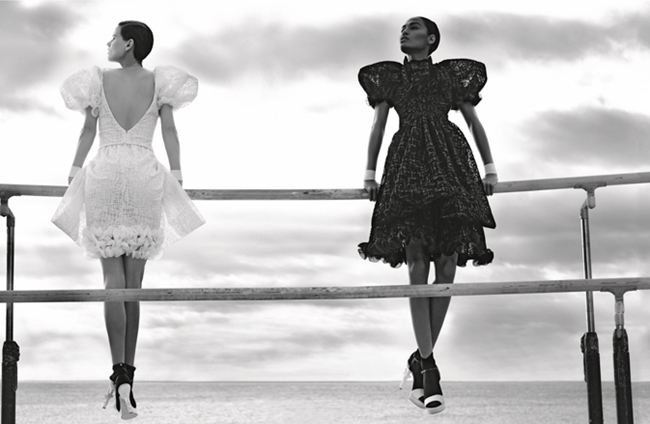 I had to do a double take when these Chanel Spring Summer 2012 ad campaign shots came out. What the hell was Joan Smalls doing in a Chanel ad. My head was exploding (this was a good thing in this situation). First, Indian girls in the Chanel Pre-Fall 2012 show and now Joan Smalls in the latest ad campaign. I like this trend. 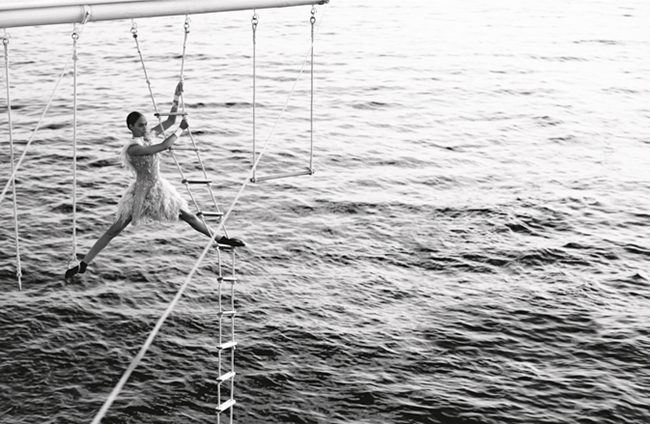 As for this ad campaign overall. Joan doesn’t have as many solo shots as Saskia. The photos are lovely but ultimately pretty boring. 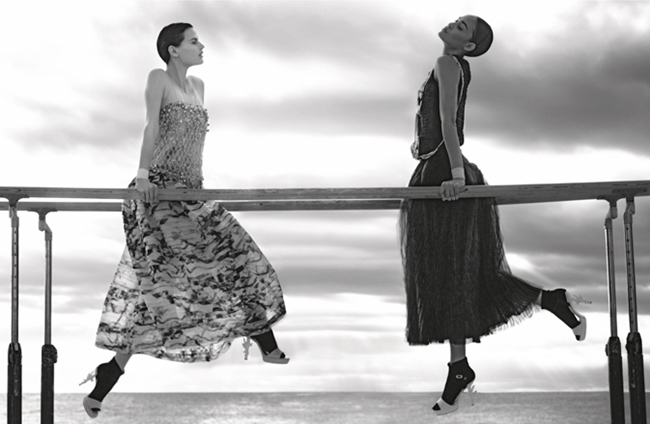 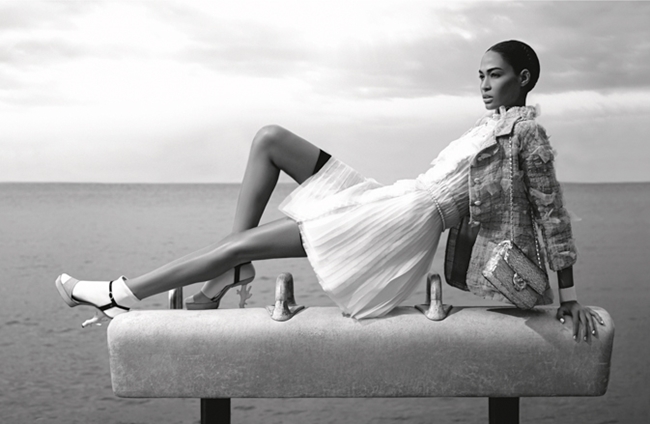 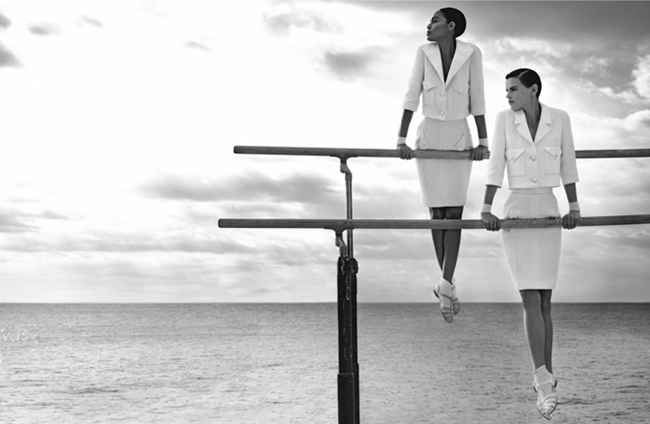