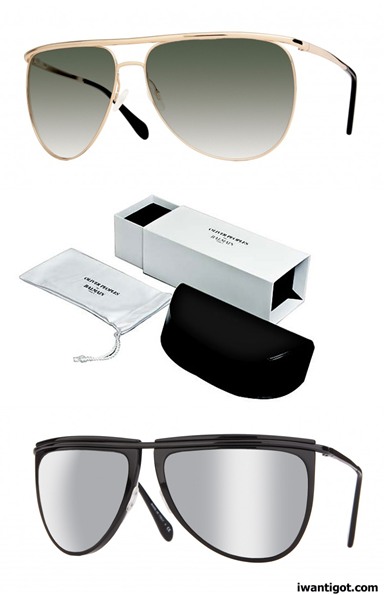 I have to admit the Balmain x Oliver Peoples collaboration is pretty nice.

For the 2010 season, Paris couture house Balmain collaborated with Oliver Peoples to create its first eyewear design. This Limited Edition sunglass, named simply Balmain I, is a bold, unisex style that reflects the edgy aesthetics developed by designer Christophe Decarnin on the runway. Featuring an exaggerated teardrop lens shape in a form-fitting wrap, the Balmain I is a mixed-media style, crafted with a metal top bar and temples, and an acetate eyewire. Unified with four screws along the backside, the frame also features a flexible hinge for added comfort. Two color options are available: solid black and a black/silver combination. 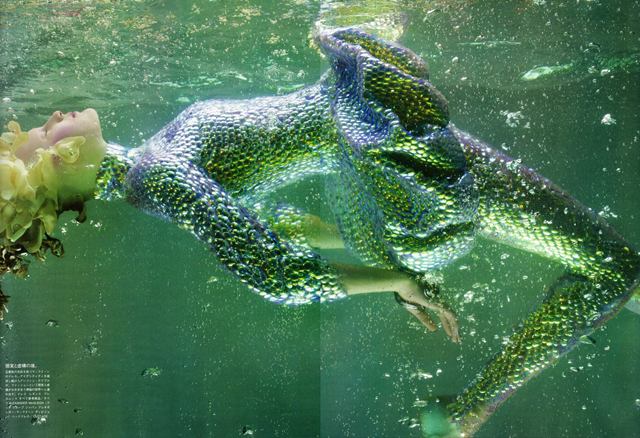 This editorial is absolutely stunning. I love the use of the Alexander McQueen’s Plato’s Atlantis spring summer 2010 pieces. It’s quite fitting in this underwater world. Other designers in the editorial include Balmain and Prada. 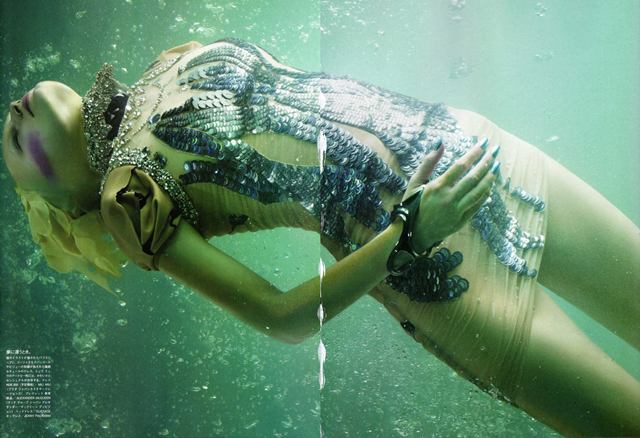 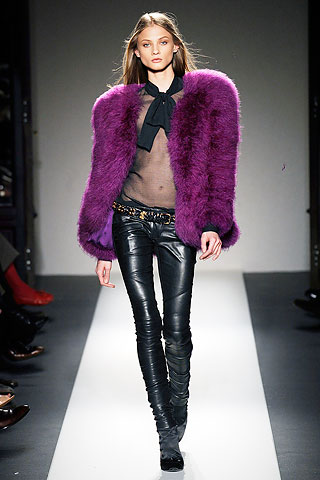 I’m over Balmain again. It’s amazing how I can love one season and not care the next. It was a lot of the same but they went overload on the gold. I did enjoy the Prince runway music.

What did you think of the collection? I’m pretty meh about it.

I’m usually pretty indifferent about Balmain but this season I really enjoyed it. Why? I have no idea, it surprises myself. I guess I’m just starved for something grand from a fashion month that has been pretty lackluster for me so far. The video of the collection is what sealed the deal for me. Love the soundtrack.

You can view videos from previous Balmain collections on their Dailymotion page.