A few years ago I was researching the HermÃ¨s Scarves I bought at the sample sale. I wanted to know the artist and year produced. It was during that search that I found my a few of my go to HermÃ¨s Scarf reference sites. Over time I’ve added some more sites to that list and I’ve decided to share.

HSCI HermÃ¨s Scarf Photo Catalogue – Want to know more about your Hermes scarf, this is your first stop. The HermÃ¨s Scarf Photo Catalogue has an extensive archive of scarves dating all the way back to 1937. Scarves are cross referenced by name, artist, year of issue, material, etc. A community of HermÃ¨s fans contribute photos to the catalogue and it’s updated regularly.

Luxury-scarves.com – This is an online shop that sells new, used and vintage HermÃ¨s scarves. It also has a database that has a number of scarves from the HermÃ¨s archives. If you can’t find it at the HSCI this is your next stop.

HermÃ¨s Sub Forum at PurseForum.com – This is where the hardcore HermÃ¨s fans hangout. They have sections dedicated to authentication, shopping and reference library. I lurk this site for research and to find out about upcoming scarf collections as PurseForum members have the inside scoop. Pretty much anything you want to know about HermÃ¨s will be found here.

The Official HermÃ¨s Pinterest page has a board called HermÃ¨s Silk which has images of the Spring Summer 2013 silk collection now but I hope they continue to add to it in the future.

MaiTai’s Picture Book – This is a look into the life of an HermÃ¨s super fan. It’s a personal style blog but she also has a number of scarf tying tutorials. The is searchable by knot. This woman is hardcore.

Les 3 Marches de Catherine B Pinterest – This is a Parisan vintage shop and there are so many boards dedicated to HermÃ¨s silks. 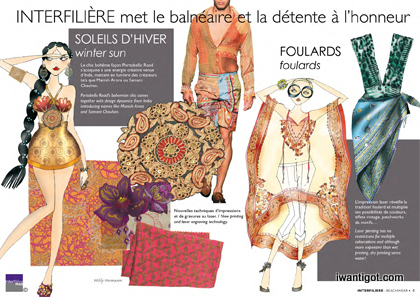