The Louis Vuitton Fall Winter 2013 – 2014 runway show was incredible. Marc Jacobs and team create a perfectly cohesive intimates as daywear collection and presented the collection in the perfect setting, a hotel. A number of doors lined the edges of the circular runway and a group of models would walk out of the doors and proceed around the runway. The finale group included Kate Moss and my personal favourite Mariacarla Boscono. The video of the collection must be seen. I love the giant corporate giants and their huge show budgets when they put on shows like this. Marc Jacobs, still love this man.

This collection is takes the whole pajama dressing style to the next level. I’m not normally a slip dress lover but the velvet, lace and embroidery is just to beautiful to resist.

I came across this interesting exhibition called Madness is part of Life by Ernesto Neto which is being hosted at Espace Louis Vuitton Tokyo on the trendtablet.com site the other day. I thought it was pretty damn cool and wanted to share it.

Ernesto Neto is one of Brazil’s biggest contemporary artists. He creates large installations that often fill an entire space. His works are sensory intensive and works with touch, smell and sense.

Through this title we would like to challenge some human positions which place us at the center of the universe, multiverse, etc. The idea that takes our mind out of our body as if it were something supernatural beyond nature, as culture would be out of nature and not part of it. Life is bigger than us and we are part of it; if there is a God, God is nature, we are a special little part, but still a part
It is a sculpture from the family BalanÃ§o (Swing), made of a skin and a catwalk, this catwalk is in suspension, and people are able to walk, sit or lay down on it. In the case of LIBWPO (Life Is a Body We Are Part Of) , the piece is made up of two parts: Zoid aisle up and the ovule living room. It is a sculpture to be experienced. We also have the idea to lift people up close to the glass building in such a way that would cause them to experience some vertigo, or at least deal with the feeling of floating in the “Skyâ€. The piece is a work which deals with stability â€“ how we move, desire and fear. With this work, we try to create a place that is body or animal-like, and at the same time a landscape for ourselves. The door is the portal between these two universes, or the continuity of them. The walls’ skin on the piece is made with interconnected spiral crochet cells. The body catwalk is made of “Roe Cellsâ€ â€“ tubes full of plastic balls.(source)

There is a great making of video available

The dedicated Louis Vuitton site for their artist series in Espace has a wealth of additional photos and videos to pursue. You can also see past exhibits. It’s worth dealing with the annoyingly stupid gallery interface. For those of you in Tokyo, you have till January 6, 2013 to see it in person. 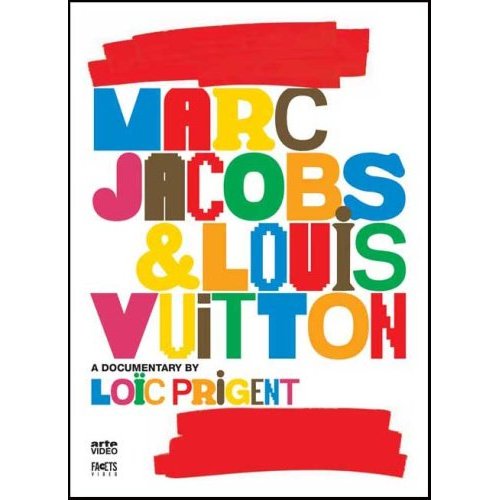 I found the Marc Jacob & Louis Vuitton documentary on Youtube. It seems to be missing the last little bit of the documentary but the quality is not bad. However it is only partially dubbed. There are no subtitles either. There is a lot of conversation in French that isn’t translated which is a bit of a shame. I will have to grab the DVD because it’s quite a fascinating movie.

From Japan to America, the LV sign dominates the fashion scene. And, one man alone designs the Louis Vuitton creationsâ€”the exceptional Marc Jacobs. With unprecedented access to one of the world’s hottest and busiest designers, LoÃ¯c Prigent offers an intimate and revealing portrait of the reclusive Marc Jacobs and the world of haute couture. Whether in the offices and workrooms of Paris and New York, the back of his car, or backstage at a fashion show, we see a genius at work. Jacobs endures unimaginable pressure to chart new paths in fashion as he straddles the demands of the Louis Vuitton conglomerate and his own Marc Jacobs label.(source) 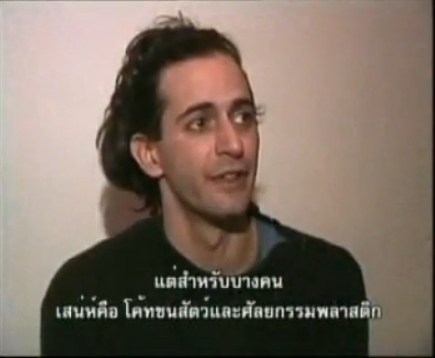 I found this vintage Marc Jacobs documentary though someone I follow on twitter named Erich Ben. He has a great collection of YouTube fashion videos. The documentary starts from the beginning of Marc Jacobs’ career and stops at the beginning of his early Louis Vuitton days. Marc is so young in these videos. It’s interesting to compare this early Marc Jacobs to the current one. Do you guys remember some classic Marc Jacobs styles? The pony tail and headband are here for the viewing. 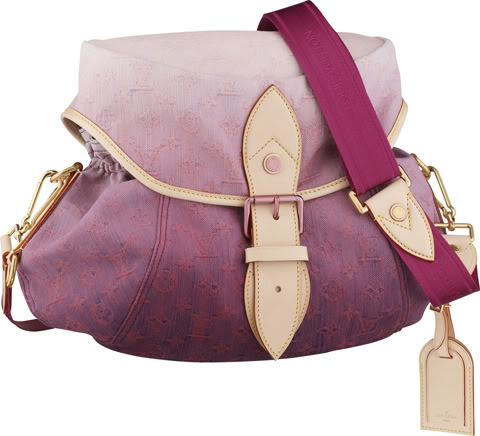 Something is very wrong with me, I like some of the handbag offering from Louis Vuitton this season. I’m usually someone that only likes the Damier Azur canvas. I don’t know, maybe it was the music from the Spring 2010 show or the colours, but some of these bags are looking good. 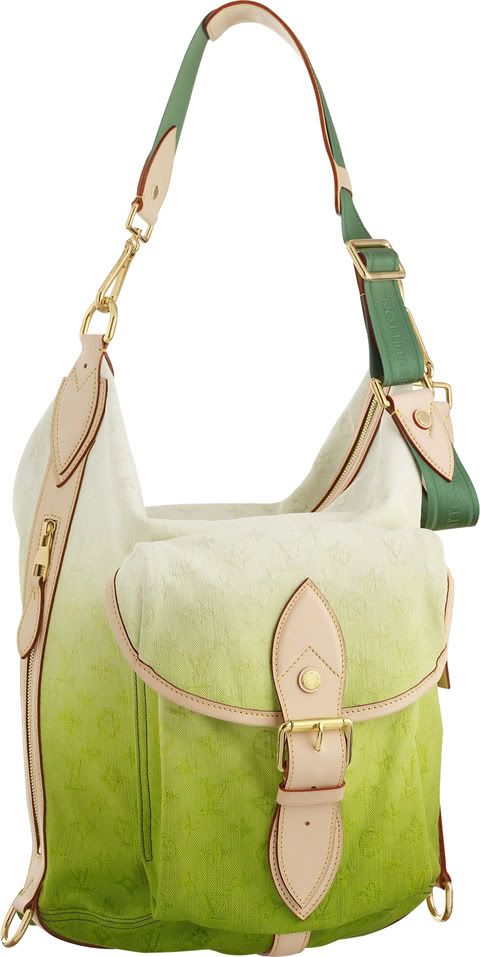 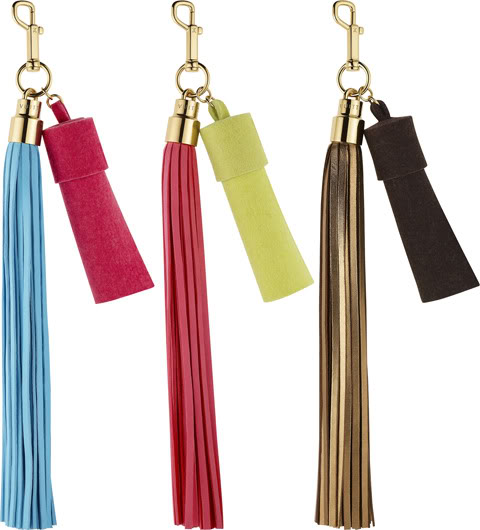 Forget about the price for a moment as they are astronomical and just look at the fun design. 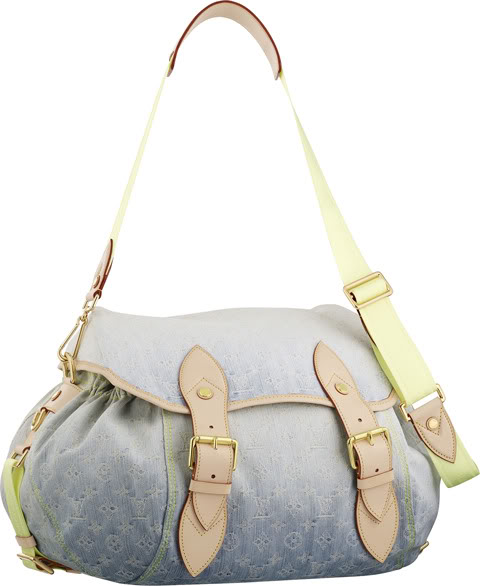 I think it’s the colour schemes that gets me. The colours are vibrant and well matched.

I saw this video from the Coolhunting twitter stream months ago. I thought it was really cool.

It’s a plasma staircase at the Louis Vuitton store in Rome. I’ve been scouring for other videos to see the other tricks these stairs have to offer

I don’t post about collections I don’t like until today.Â  I’m just amazed that this is Louis Vuitton! It’s so bad. The shoes are an abomination.Â  Marc is 3 strikes for me this season and I’m very upset about that.

What a relief from Madonna’s crotch this Louis Vuitton ad is. I have to admit I really enjoy this picture with the three space traveling trailblazers Sally Ride, Buzz Aldrin and Jim Lovell. 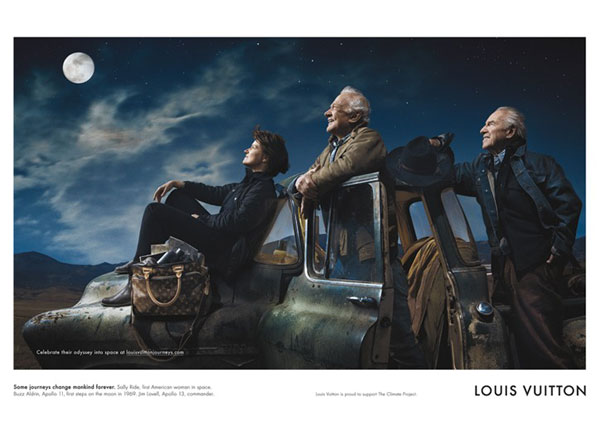 The core values ads do a good job hiding Louis Vuitton, the viewer ends up concentrating on the people in those shots then the handbags. 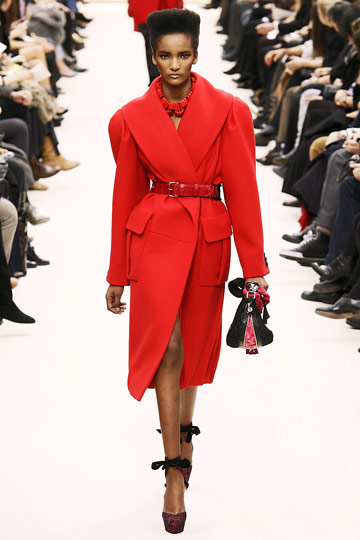 I wasn’t a fan of Marc Jacobs this year. He redeemed himself with Louis Vuitton. I’m so happy my girl Rose (pictured above) got to walk the show. Yes, Marc. Like the John Galliano show, I have video so I’m not going to bore you with photos. You need to see this stuff in motion. However you can see photos of the full Louis Vuitton Fall 2009 RTW collection at Nymag.com. 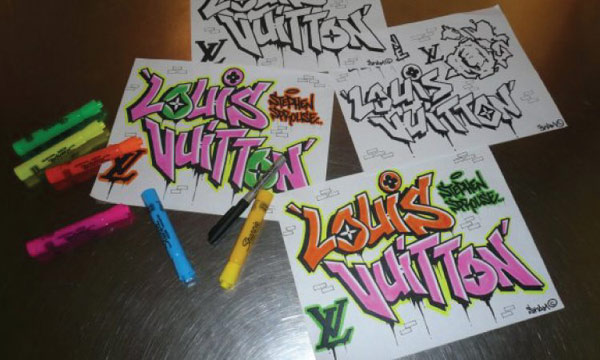 I stumbled across some news about a local grafitti artist named Skam. Â He was commissioned to add some artwork to the LV wall for their Stephen Sprouse campaign. Â Skam is among a number of graffiti artists that Louis Vuitton is calling on in various cities to help with this tribute. 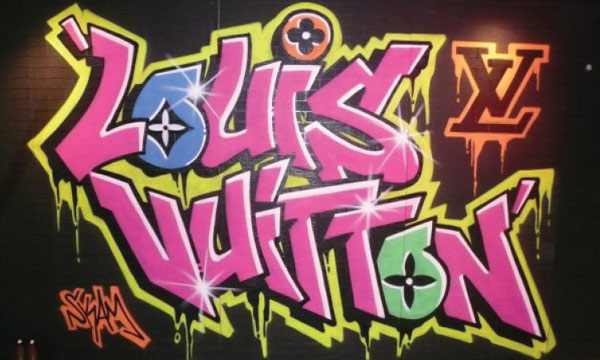 Behind the scenes with Marc Jacobs and Madonna for Louis Vuitton 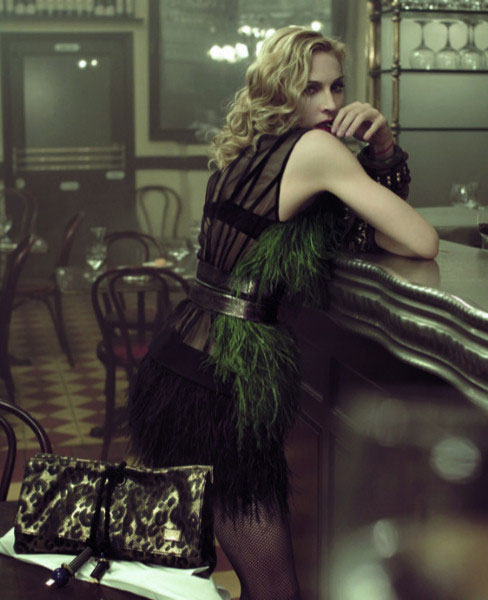 I showed you a sneak peek of the Madonna and Louis Vuitton -Spring Summer 2009 ad campaign images and now here are some more.

I like them all except for that crotch shot one, Oh Madonna.

images: ohnotheydidnt: come on into her store, she’s got fashin galore~* 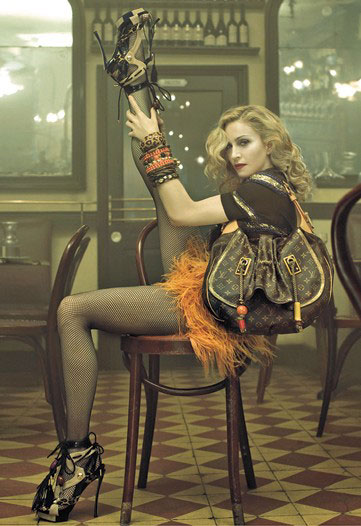 Madonna gets my approval. I was a little worried about this ad campagn. I loved the fall winter 2009 collection from Louis Vuitton and I didn’t want Madonna ruining that. I hope you people remember her Versace ads. Horrible. She seems to pull it off in these images.

The result is six atmospheric pictures of a smoldering Madonna by Steven Meisel that will break in a range of fashion magazines in February. 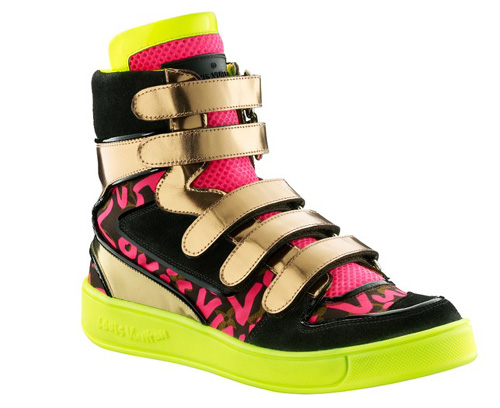 Louis Vuitton is revisiting a classic, the 2001 collaboration with artist Stephen Sprouse. I am very pleased with this sneaker in the collection. It’s obnoxiously perfect, much like the Vegas shoes. I prefer the items with the graffiti lettering but I don’t like the roses. For the record, I only enjoy the only Louis Vuitton classic monogram print from Takashi Murakami and Stephen Sprouse. I’m not a fan of the print otherwise and I prefer the Damier Azur print much more. Check out Marc Jacobs talking about the collaboration on youTube.

To show their admiration for the late designer and artist, next month, Jacobs, Vuitton’s creative director, is using his hit 2001 collaboration with Sprouse for a new, limited edition collection of accessories and ready-to-wear….This comes at a time of renewed buzz about Sprouse, whose graffiti prints and Day-Glo clothes became a defining aesthetic of the early Eighties. It coincides with a retrospective â€” called “Rock on Marsâ€ â€” at Deitch Projects’ 18 Wooster Street gallery from Jan. 8 to Feb. 28, and “The Stephen Sprouse Book,â€ by Roger Padilha and Mauricio Padilha, due out from Rizzoli New York on Feb. 1.

The impetus for the new line came when Deitch approached Jacobs and Vuitton about doing something related to the retrospective.

“I proposed putting together a Vuitton version of the Pop Shop, which was Keith Haring’s conceptâ€¦not reissuing products that we had done with Stephen, but doing things that were similar or new,â€ Jacobs said.

Sprouse died in 2004, and the new tribute pieces, which hit Vuitton boutiques worldwide Jan. 9, pick up almost seamlessly where the 2001 collaboration left off. 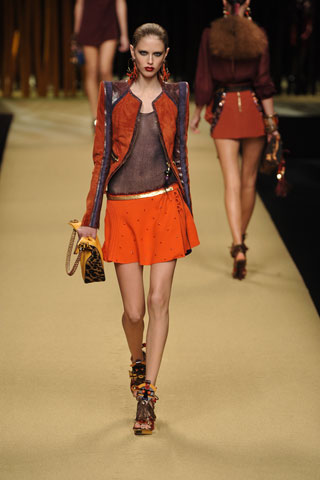 Louis Vuitton was quite stellar this year. Marc ported the obi belts and the colour palette from his Marc Jacobs collection to LV and they look fantastic. This collection reminds me a lot of YSL’s Africa collection (which I saw parts of in Montreal). I’m sure this was intentional and perhaps a nod to the dearly missed designer.

Frillr has the Runway Video for Louis Vuitton up. I downloaded it and watched it on my Nano one morning going to work. You have to see it, just amazing.

You can see the whole collection at Louis Vuitton Spring 2009 Ready-to-Wear Collection on Style.com: Complete Collection

A French court ordered eBay to pay the luxury goods giant around 40 million euros, or $63.2 million at current exchange, for selling counterfeit items on its online auction site, and for selling genuine products outside their desired retail channel.

EBay was ordered to stop selling fragrances and cosmetics from those brands immediately, or face a fine of 50,000 euros, or $79,000, a day.

Louis Vuitton is advertising on tv now. Only in select countries.

I laughed a bit at the Prada video at first, but it is really well done and beautiful. I prefer it to the LV ad, which I find a little pretentious. It’s beautiful, but leaves me angry.