I just discovered the Holt Renfrew You Tube channel. I’ve found myself in a few videos.

Holt Renfrew Media Cocktail during LG Fashion Week – I’m towards the end of this video. Seeing this was a surprise and I’m still mad I didn’t see Sam Neill in person. He was looking pretty good too. Stupid, stupid.

I was at the Style Rules – Porsche Panamera Launch. I’m showing off my equestrian inspired outfit to the camera. I knew ahead of time that I made the cut for this video.

You can see the back of my head in the video for The Sartorialist event. I’m talking to Roz, the stylist. 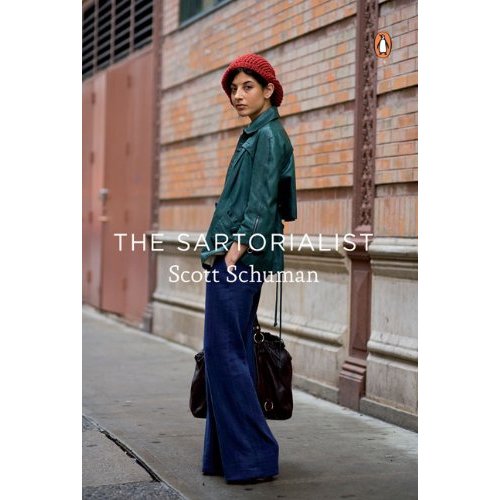 When I saw a quick preview of Scott’s book at his Holt Renfrew Party, I knew I had to own it. Well, a few weeks ago back I found it at Chapters and picked it up. There is not much to say about the book except that it is full of interesting people (some of which I actually know!) in beautiful clothing. Scott also talks about some of his subjects and the circumstances behind the shots. It gets my thumbs up.

You can order The Sartorialist by Scott Schuman

on Amazon or grab it in your local bookstore.

I wrote about Cocktails with The Sartorialist at Holt Renfrew yesterday and I promised you pictures. Here they are. 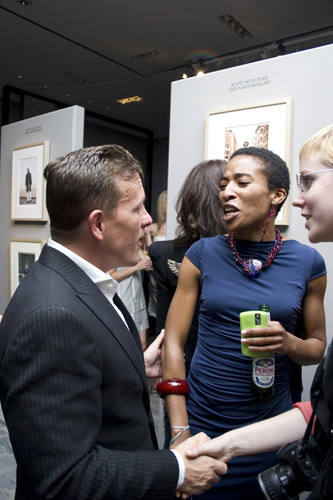 It looked like we wouldn’t get to speak to Scott Schuman at all that night. He was mobbed by everyone. We did manage to get a few minutes to speak to him right at the end of the night as he was being ushered to The Drake. This first shot is hilarious. Danielle and I were talking about it on twitter and I call it Attack of the Fashion Bloggers. Danielle is keeping his attention with the handshake and I’m preparing to bite his head off. LOL. 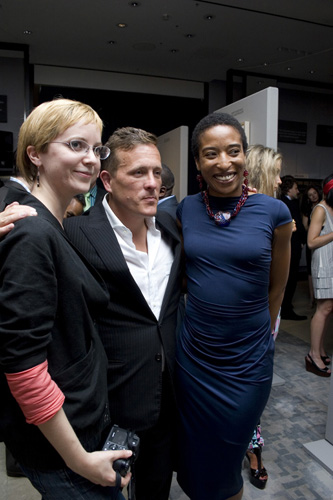 The second photo is the respectable one with Scott looking dapper as all hell. Danielle mentioned that Scott had a great handshake and that is the truth. I love people who have a firm handshake. Something about limp wristed/dead fish handshakes turns me off.

Scott came into Toronto like a rock star and he looked like he enjoyed himself aka Hammered! I have to admit that I’m glad he did, it was fun. Much better to see him partying and having blast instead of straight laced and business like. Yo go Scott, I would have done the exact same. I mentioned that The Sartorialist, Scott Schulman would be at Holt Renfrew for a public appearance. I didn’t attend that because I was invited to a private cocktail for Scott later that evening. The attendees included a number of fashion industry types, media and Holt Renfrew customers. People have been buzzing about what to wear to the event for the last week. The crowd didn’t seem any more fashionable than normal, but there were a few over the top trainwrecks that were amusing to behold. What did I wear? I went with what I call my superhero outfit, a Greta Constantine dress called the Kebede after model Liya Kebede. The back reminds me of a cape and all I could think about was flying. You can see the dress in the slideshow below. I grabbed a drink and then was asked if I wanted to do an interview with Fashion Television. Of course, I said hell yes. The interview was done outside by the I want – I got window. I talked a bit about the windows, blogging and what inspires me. I felt I explained myself well throughout most of the interview. Sometimes I even surprised myself with the way words were forming. I was asked a question that many probably wouldn’t have answered as honestly as I did, but hey that’s me. It will be interesting to see how that turns out on TV. Scott was mobbed as soon as he arrived. Cameras were going off, everyone was clamoring for pictures with him. I just stood back on observed. I wasn’t going to fight that crowd to say hi. Scott came in like a rock star and it seems he started the party early in the day. He had a speech and Q&A session but the crowd got restless shortly after it started. In Toronto style, they started talking amongst themselves getting progressively louder and louder through Scott’s speech and Q&A session. Le Sigh. Eventually Danielle and I got a quick moment with Scott before he left for The Drake Hotel. We said hi and introduced ourselves. I mentioned to him that I was one of the window bloggers too. He was very friendly and sweet. He’s very good at giving you that moment with him. It may be short, but you know that for those few minutes he’s engaged with you completely. It’s an amazing skill to watch as he worked the room. We took a quick photo and then he was taken away by some other people that wanted to meet him. As soon as I get a copy of that photo I will post it as Scott was taken away before I could get a picture with my camera. I have to admit I didn’t look at all the pictures. However, I got a sneak peek at his book The Sartorialist. It’s pretty cool and I have to admit I want a copy. It’s a paperback book and not the large and heavy hardcover I was expecting. Overall it was a really fun party. The atmosphere was jovial and we stayed until they turned up the lights to kick us out. The Sartorialist photo exhibit at Holt Renfrew Bloor Street will be up until July 29, 2009. It’s in the menswear section. I was too busy gawking and drinking to take many photos but here are the rest of them.