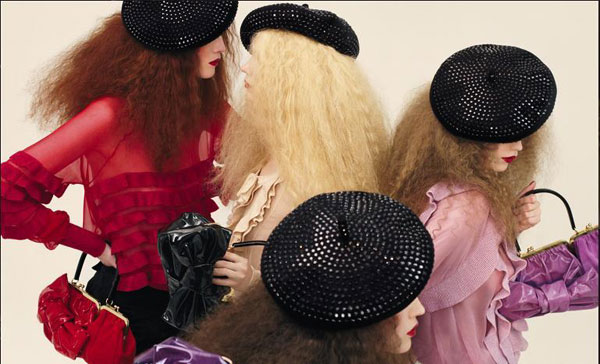 H&M and Sonia Rykiel president and artistic director Nathalie Rykiel are proud to announce that Sonia Rykiel will be the next guest designer for winter 2009 and spring 2010. The French house founded by the “Queen of Knitsâ€ represents the distinctive, modern and impertinent spirit of Paris. This marks the first time that H&M has extended its designer collaboration to the world of lingerie and related accessories for women, with exclusive pieces to be launched in-store on December 5, 2009. The collection will be launched in 1,500 H&M stores worldwide and at the same time, Sonia Rykiel will make this lingerie collection available in Sonia Rykiel’s major boutiques around the world â€“ another first for H&M.

Ever fans of surprises, H&M and Sonia Rykiel are pleased to announce a second collaboration for spring 2010, featuring an iconic knitwear collection for women and girls (1.5 to 8 years old) accompanied by playful accessories. This second collection will be launched in around 250 H&M stores on February 20, 2010. (source: H&M Press Release)

I love this photo. So simple and so colourful. It’s effective. 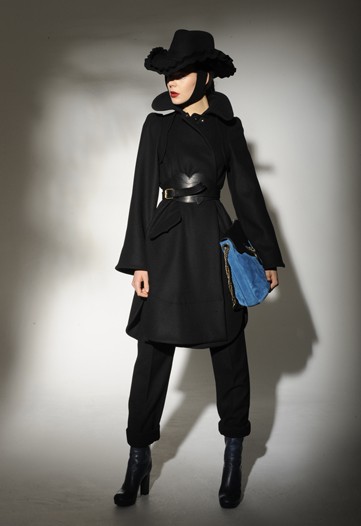 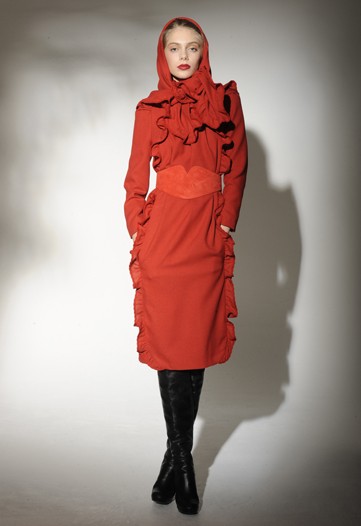 I really like these two looks from Sonia Rykiel’s Pre-Fall collection.