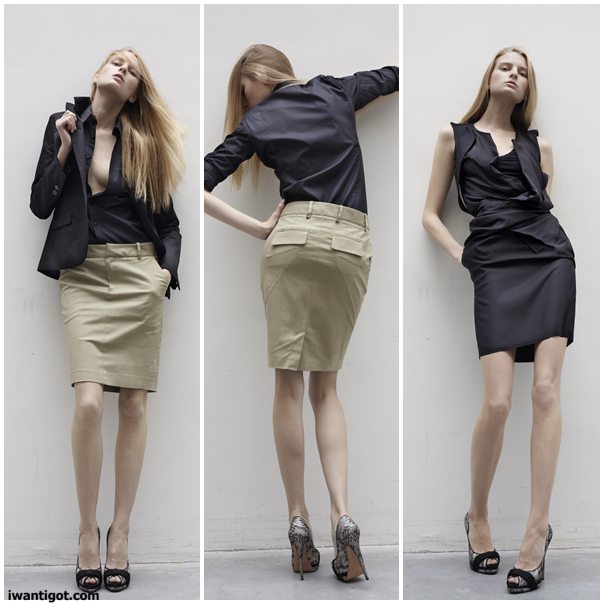 TÃ´ Long-nam is still keeping me up to date with his collections.Â  I’m hoping to hear some news about fall winter 2011 soon.Â  Spring Summer 2011 is heavily influenced by the butterfly. 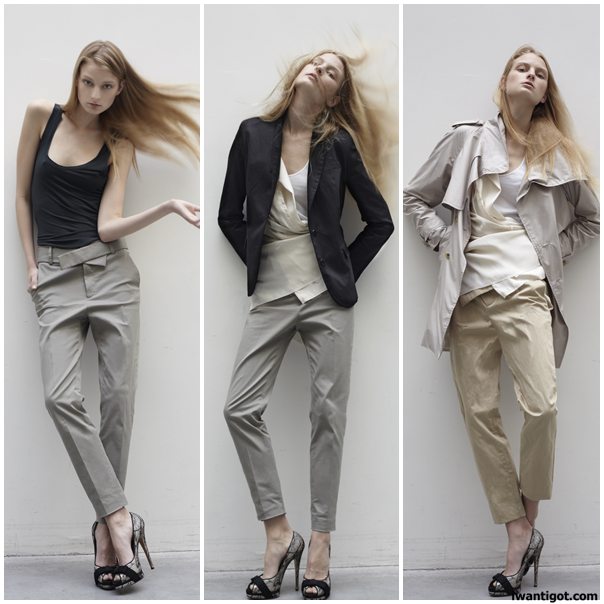 As the butterfly shape corresponds with a X-structure it represents – as the ying and the yang – the two sides of the same coin. On one side the butterfly – with its soft body of curved lines, beautiful but fragile and precious through its colors – literally embodies all aspects of eternal beauty and femininity. And on the other side the X-structure which represents the masculine pole – rational, cold, straight but at the same time strong and protective. Two elements which complement each other, and which perfectly reflect all the characteristics of the TÃ” LONG-NAM aesthetics. It combines the mixture of traditional masculine and feminine elements to create strength with its lines and soft harmony in its composition. 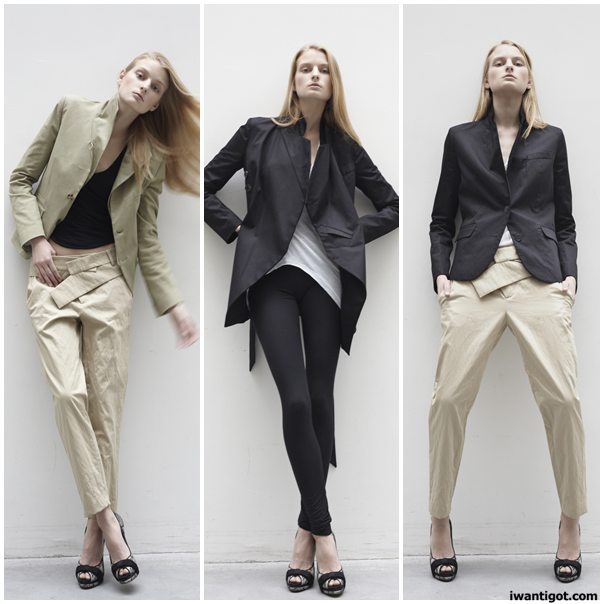 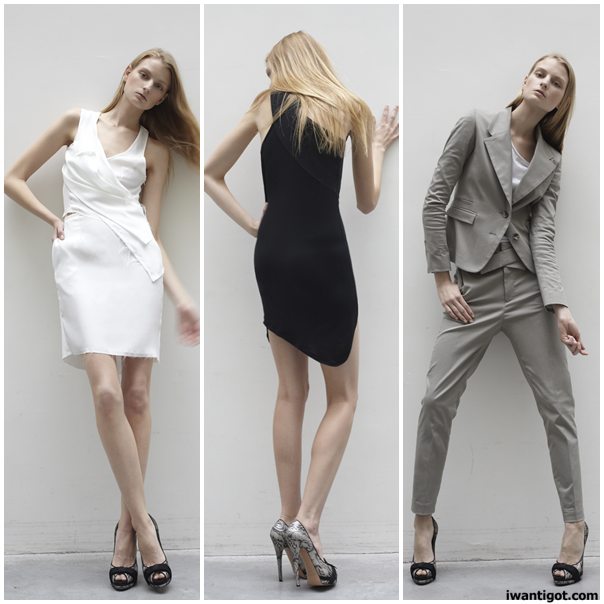 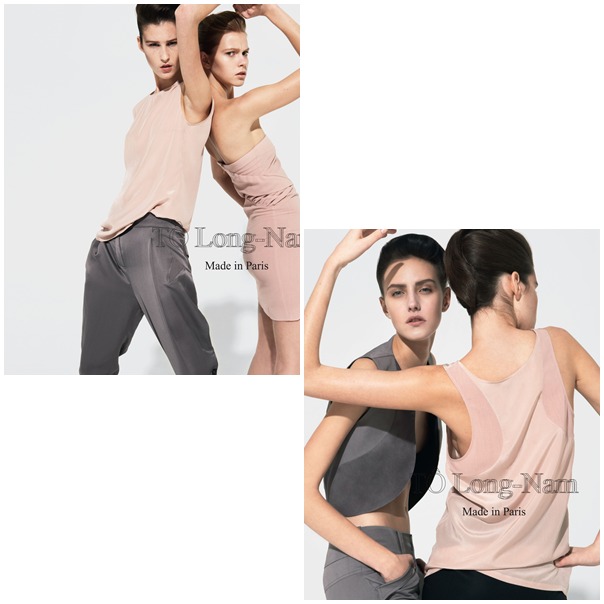 TÃ´ Long-nam is no stranger to I want – I got. I posted about the TÃ” Long-Nam Fall 2009 â€“ 2010 Lookbook after I received a great email from him. I also wanted one of his Fall 2009 Jackets. I received another email from Long-nam keeping me in the loop with Spring 2010. I learned about White told me about his involvement with the WHITE and VOGUE introduce project which aims to help emerging designer from across the world. Check out the video, Long-nam’s part starts at 3:13. 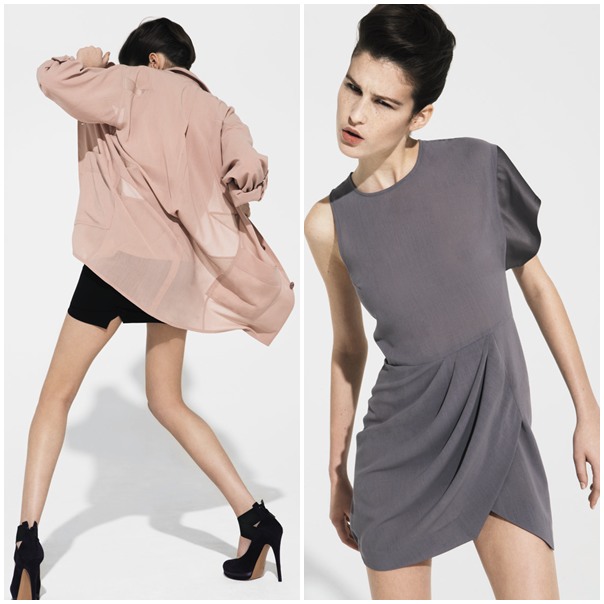 The collection for spring/summer 2010 is visually a development of the fall/winter 2009 collection. It picks up all the ideas of the previous work such as the pleating in the back, the inset details and the paneled structures of the garments, but translates all this with a much softer approach. In general, the shape for SS 2010 will continue with the slim straight silhouette of the past, but there is a new element which breaks the shape and gives it a new fresh breath. The loose volume cut on the torso contradicts with the slim fitted bottom part and creates a very feminine and sexy look whilst remaining as modern as ever. Like the skin texture, all garments come up in smooth fabrics and will be interrupted only by cut and scar details, as seen in the jacket and skirt designs. (tolongnam.com) 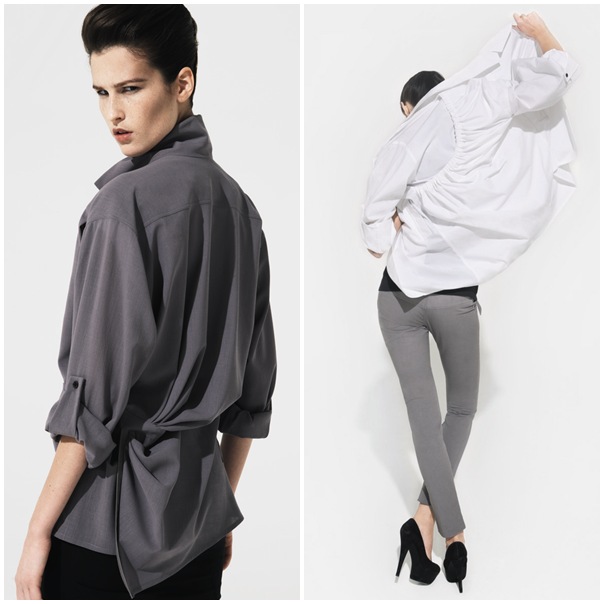 The jackets are cut longer and come in two volumes, a slim sexy tailored fit as seen in the TUXEDO-jacket with the pleated shoulder pads in the new STRETCH CINTZ fabric. However, in my opinion the highlight for the season will be the shape of the SAHARIENNE-jackets. Although the cut is loose and somewhat oversized, once it is worn in combination with one of the slim CIGARETTE-pants or the MICRO-skirt with an asymmetric slit, it creates an incredibly feminine and modern look. These jackets will be proposed in one of the most modern fabrics of the season, a WOOL CRÃŠPE VOILE and in a SILK ACETATE SATIN and offers therefore a shirt feeling to the clients as the ultimate highlight in this collection. In contrary to the previous collection, the new TÃ” LONG-NAM collection for spring/summer 2010 is more discrete and shows its true values in the details, e.g. round finishings in the shoulder parts, asymmetric pattern cuttings, variations of english seams to offer light garments without linings. (tolongnam.com) 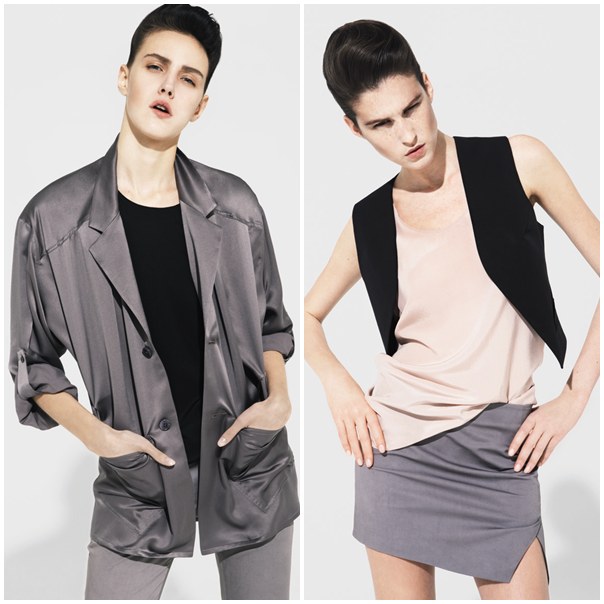 With this understanding, the collection will be all about SUPER-SOFT-TAILORING. The fabrics are balanced between fluent woven and light tailored. I have used a SUPER LIGHT COTTON GABARDINE, a SILK CRÃŠPE DE CHINE, a SILK-ACETATE SATIN, a WOOL STRETCH CINTZ and a WOOL CRÃŠPE VOILE. It is the first time I have used stretch fabrics to create a SECOND-SKIN-TAILORED-FIT. The colours in the collection are taken from the skin colour range, and vary between pale colours such as GRAPHITE, CHALK, VANILLA and ANTIQUE PINK, these of which go along in contrast with COAL (tolongnam.com).

TÃ´ Long-nam is available in Canada at Holt Renfrew, Bloor Street in the World Design Lab.

I introduced you to the TÃ” Long-Nam Fall 2009 â€“ 2010 collection last month. I was walking through Holt Renfrew and came across a jacket from TÃ” Long-Nam. I believe it’s from the SS09 collection. The jacket fits like a dream. The best part of the jacket is the draping in the back. 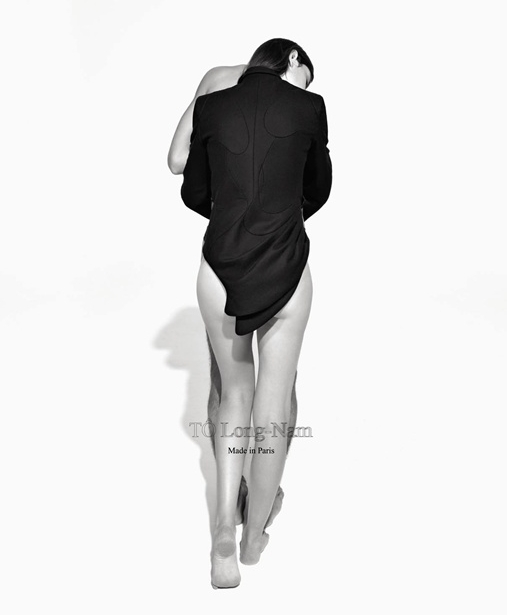 I received an email from designer, TÃ” Long-Nam. Of all the information I’ve received from designers over the years here, this was the best crafted email I’ve read. I appreciated the attention the detail and biographical information immensely.

He was born in ViÃªtnam, grew up in Munich and went to school at the Academy of Fine Arts Berlin-Weissensee in Fashion-Design. Long-Nam worked with famous stylists Victoria Bartett and Patti Wilson. His forey into fashion design started as a design assistant for Lanvin menswear. 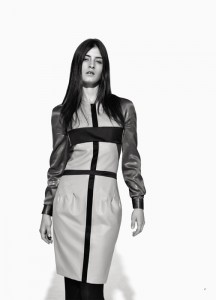 Positive encouragement after participating in the 21st International Fashion Competition prompted him to start his own line. He has also collaborated with designer Alessandra Facchinetti while she was at Valentino. While working on the Spring 2010 collection he is working for Superfine London, a denim company I’m very fond of.

All this information was great, but I would have been sold at the photos. Long-Nam says this about his Fall 2009 – 2010 collection:

Force has always been a keyword in the design principles of TÃ” Long-Nam. For Fall/Winter 2009 the collection found inspiration in the human body and, in particular, the intricacy of the muscles within human anatomy. The soft architectural structure of each muscle, their unique composition, their diversity and their ability to function harmoniously to produce graceful motion formed the foundations of the collection. Based on this understanding, the collection shows a variety of garment constructions borrowing from the gentle and elegant contours of muscle design. Curved seams, round finishings and tactile fabrics united with female proportions delivers a collection which is powerful and modern, but which remains forever feminine at its core. 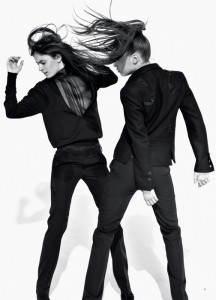 As the owner of an Honours B.Sc in Kinesology, the muscular aspect of the collection is very appealing to me. I like the way those images have been incorporated into the clothing. The clothing has some masculine qualities that I like.

The collection boasts an array of constructed signature jackets whose architectural designs are executed with an attention to detail that exposes an innate understanding of couture. The essence of the design remain in its transversality. They were designed for any kind of woman, for a maximum number of situations, both work and play, which increasingly seem to be performed in the same outfits. The jackets are cut with a discreet fitted waist to accentuate the female form. The round shapes of the seams follow the female morphology while the back panelling displays the collection’s aesthetical translation of muscle design to fashion design. The jackets employ the use of different fabrics to reflect the diversity of muscle fibres. These materials have been chosen for their varying degress of tactility. The collection uses a mixture of luxurious fabrics to offer a variation of black color shades such as: perforated silk satin, silk satin, cashmere/wool blend, a wool gabardine blend with a silky finishing and a lacqued crÃªpe de chine. Soft fabrics are combined with raw ones and matt fabrics with shiny ones, in order to sharpen the harmonic contrast between the arrangement of straight lines and round curves.

When I got home I decided to do some googling and discovered that TÃ” Long-Nam is carried by Holt Renfrew. The Spring 2009 collection is in the store. His name is absent from the designer list for Fall 2009. I will be keeping my eye out for TÃ” Long-Nam’s Spring 2010 collection.