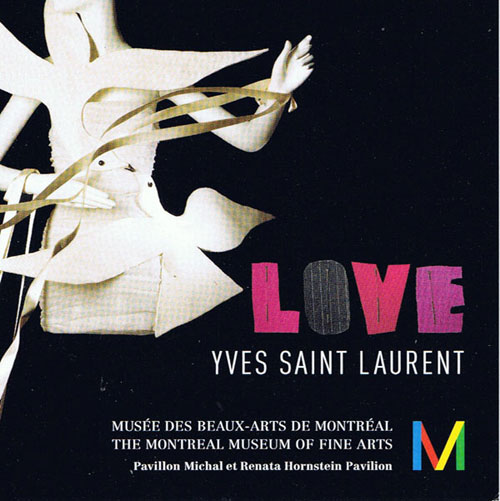 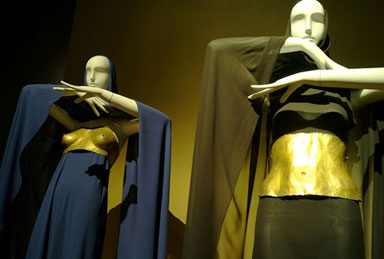 There was no photography at the Yves Saint Laurent exhibit so I never felt that compelled to blog about it immediately.

by Tom Tierney (I just discovered some of his other books, OMG!!!!!). 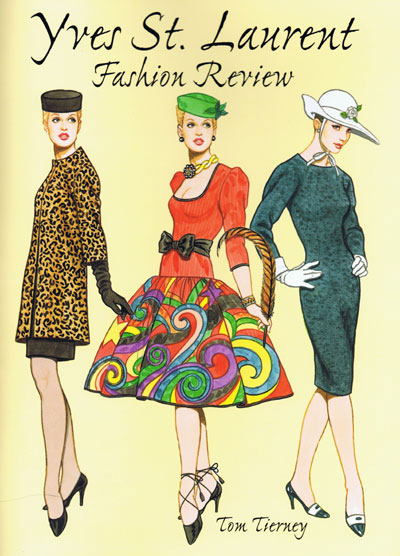 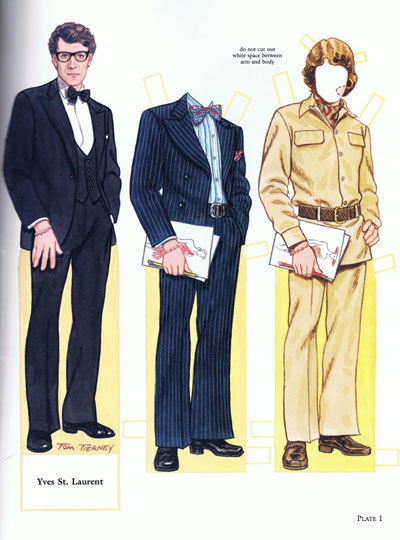 I really regret not buying 2 copies, just so I could cut up one.

images: scans by me and mmfa.qc.ca 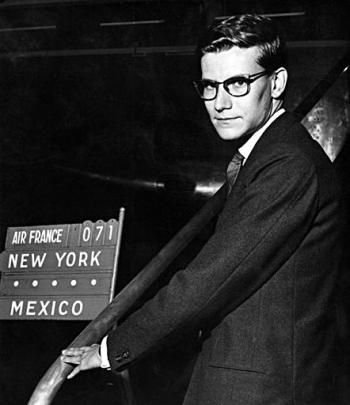 PARIS (AFP) â€” Yves Saint Laurent, who died Sunday aged 71, was one of a handful of designers who dominated 20th century fashion, on a par with Christian Dior, Coco Chanel and Paul Poiret.

The reclusive French maestro, who had retired from haute couture in 2002 after four decades at the top of his trade, had been ill for some time.

During his farewell appearance seven years ago, Saint Laurent had told reporters he had “always given the highest importance of all to respect for this craft, which is not exactly an art, but which needs an artist to exist.”

Yves Henri Donat Mathieu Saint Laurent was born in the coastal town of Oran, Algeria, on August 1, 1936, at a time when the North African country was still considered part of France.

A shy, lonely, child, he became fascinated by clothes, and already had a solid portfolio of sketches when he first arrived in Paris in 1953, aged 17.

Vogue editor Michel de Brunoff, who was to become a key supporter, was quickly won over, and published them.

The following year Saint Laurent won three of the four categories in a design competition in Paris — the fourth went to his contemporary Karl Lagerfeld, now at Chanel.

Discerning the young man’s potential, de Brunoff advised Christian Dior to hire him and he rapidly emerged as heir apparent to the great couturier, taking over the house when Dior died suddenly three years later.

Saint Laurent would say of his mentor: “Dior fascinated me. I couldn’t speak in front of him. He taught me the basis of my art. Whatever was to happen next, I never forgot the years spent at his side.”

However in 1960, like many Frenchmen of his age, Saint Laurent was called up to fight in his native Algeria, where an independence war was under way.

Less than three weeks later he won an exemption on health grounds, but when he returned to Paris it was to learn that Dior had already found a replacement for him, in the person of Marc Bohan.

With his close associate and lover Pierre Berge, Saint Laurent resolved to strike out on his own, with Berge, who survives the couturier, taking care of the business side.

Saint Laurent’s success lay in the harmony he achieved between body and garment — what he called “the total silence of clothing.”

He was also in the right place at the right time. Having learned his trade at the house of Dior, he founded his own couture house at the start of the 1960s, at a time when the world was changing and there was a new appetite for originality.

Saint Laurent rode his luck through the rise of the youth market and pop culture fuelled by the economic boom of the 1960s, when women suddenly had more economic freedom.

His name and the familiar YSL logo became synonymous with all the latest trends, highlighted by the creation of the Rive Gauche ready-to-wear label and perfume, as well as astute licensing deals for accessories and perfumes.

Throughout the 1960s and 1970s, he set the pace for fashion around the world, opening up the Japanese market and subsequently expanding to South Korea and Taiwan.

Among his many fans in his native France was the actress Catherine Deneuve, who was always to be seen at his shows.

Saint Laurent’s career was not without controversy. In 1971 a collection modelled on the styles of World War II Paris was slammed by some American critics, and his launch in the mid 1970s of a perfume called “Opium” brought accusations that he was condoning drug use.

For fellow-designer Christian Lacroix, the reason for Saint Laurent’s success was his astonishing versatility. There had, Lacroix said, been other great designers but none with the same range.

“Chanel, Schiaparelli, Balenciaga and Dior all did extraordinary things. But they worked within a particular style,” he explained. “Yves Saint Laurent is much more versatile, like a combination of all of them. I sometimes think he’s got the form of Chanel with the opulence of Dior and the wit of Schiaparelli.”

In his later years the depression that had haunted him all his life became more oppressive, and at his farewell bash in 2002 Saint Laurent admitted to having recourse to “those false friends which are tranquillisers and narcotics.”

via AFP: Yves Saint Laurent: a giant of French fashion 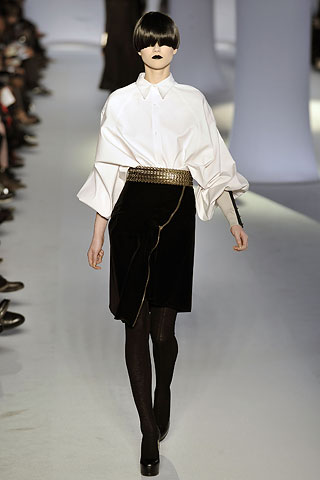 Rumour is that Naomi Campbell will be in YSL’s Fall 2008 ads. I wonder what she’ll be wearing. 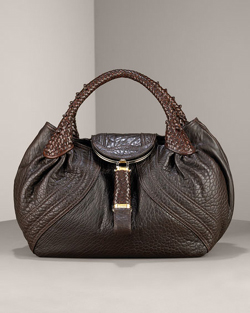 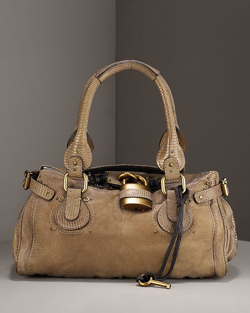