I attended the Motorola RAZR 2 Party last week at Kool Haus. I have to thank Ian from Hill & Knowlton for the invite. I brought Danielle from Final Fashion with me.

The venue was draped with white cloth and had weird ethereal lighting. We drank, ate and chatted with the Motorola models. The crowd was a little strange at first, mostly suits and their significant others. The atmosphere changed once our friends started to slowly stream in.

The music was great from the start and DJ Steve Aoki was coming up. I admit that prior to him hitting the decks I haven’t had anything nice to say about him; another L.A. hipster blah, blah. However, I had a change of heart after he begun. He played great music, seemed unpretentious and professional. No, I didn’t talk to him, just observations. Anyone that can make me dance my ass off with great friends around is amazing in my book.

I’m a fan of the current Razr2 ad campaign. I admit the concept is a little dated (hello, Matrix anyone) but they’ve done it so well that I can’t fault them for it. I like the blonde the best. 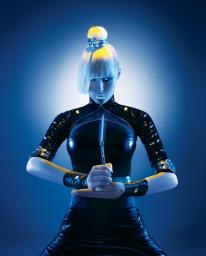 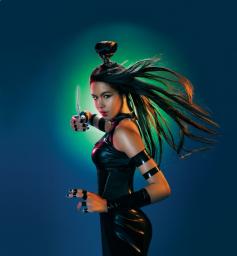 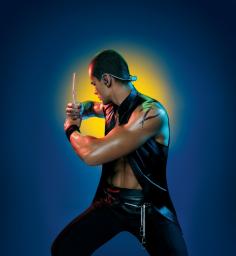 I’m not a fan of the phone. I’ve never been into the Razr and I think it’s a little too big. I’m more into the thinner KRZR I got to try out this summer. I use a smartphone so really any cellphone is lacking for me.