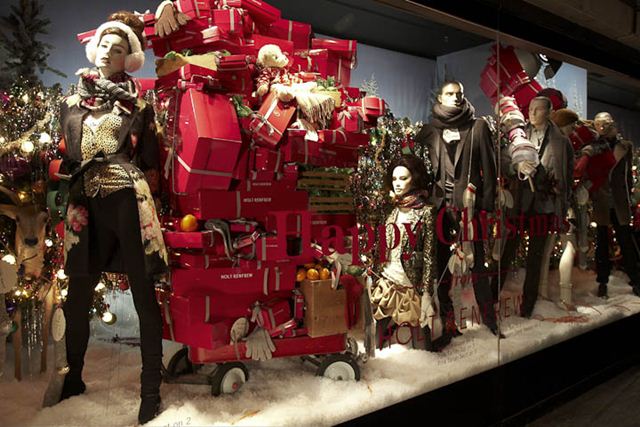 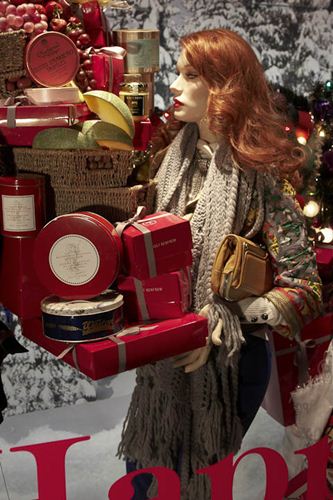 “We took the most iconic symbol of Christmas, the tree, and featured it running lengthwise through every window in our stores across the countryâ€ says John Gerhardt, Creative Director of Holt Renfrew. “Each window features characters attending holiday festivities: from party guests unloading their wares for a traditional Christmas dinner, to friends and family bringing their gifts for under the tree wrapped in Holt Renfrew’s iconic magenta boxesâ€ Gerhardt says, “These vignettes mimic the frenzied and fantastical chaos of this most exciting time of year.â€ 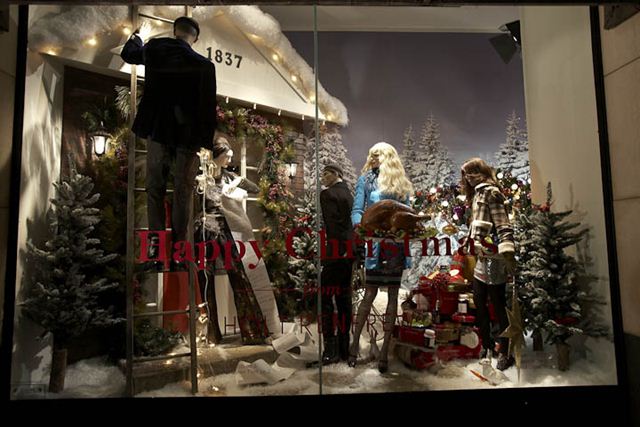 There was no fanfare this year. No party or special musical guest. The 2010 holiday windows goes back to the throw everything and the kitchen sink approach that I love. 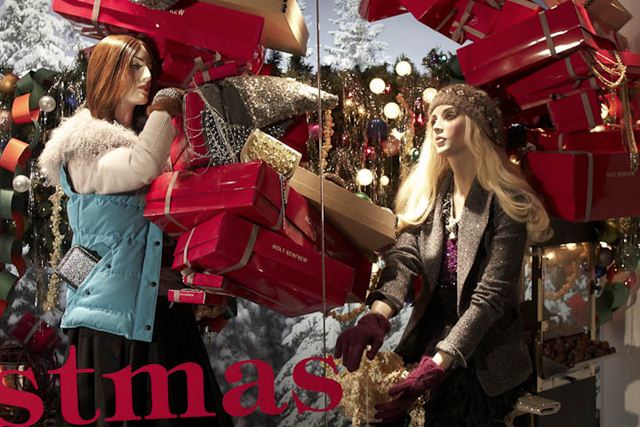 My favourite windows are still from 2006, Merry Making Mischief and I wrote about them at blogTO. I also liked 2009’s minimal windows with the snowmen.