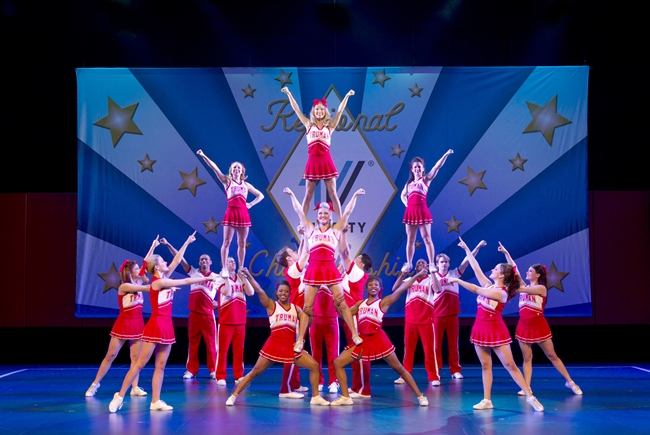 I was in LA when I first found out that a there is musical based on the movie Bring It On. While driving to the Getty Museum, I noticed little Bring it On: The Musical flags attached to streetlights. How long this will take to migrate north, I thought starting out the window. Well, Six months is the answer because Bring it On: the musical is now playing in Toronto thanks to Mirvish. 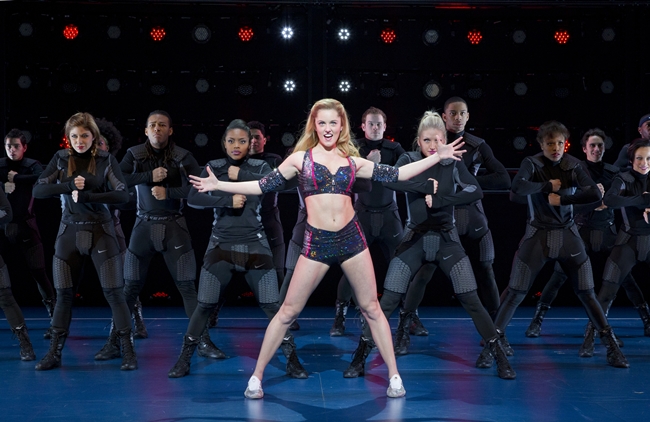 I’m not a fan of the teen movie genre. I avoid watching as much as possible. Of course, I enjoy a few like The Breakfast Club, Heathers and Pretty in Pink. So when I sat down to watch Bring it On for the first time I thought I would hate every minute. I hadn’t yet jumped on the Kristen Drunst bandwagon yet and she was just that kid from Interview with a Vampire grown. Bring it On was great to my surprise. 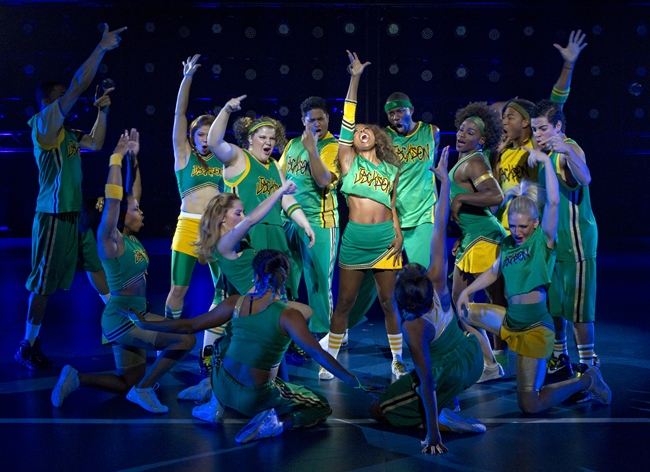 The musical isn’t the same story as the movie but follows a lot of the themes and adds crazy ensemble singing and dancing. The dance sequences are pretty epic and they actually toss girls around a bit. It started off a bit too much like and some after school special program but it definitely picked up after the dancing Leprechaun sequence. It was the best thing I’ve seen in a long time and after that I was in love. 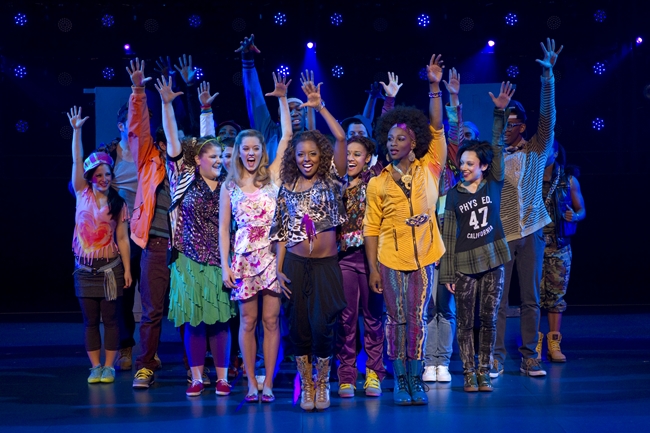 The performances were amazing from both a singing and dancing perspective. The show looks exhausting. Tons of respect to those dancers were doing scenes back to back to back. I laughed a lot more than expected which is always a great thing.

Being it On, the musical has just enough ridiculousness to make it great. If you love the movie I really think you’ll love the musical. Extremely entertaining. I can’t get that Leprechaun dance out of my mind. Best thing ever.

A limited number of $25.00 Rush Seats will be available for all performances, 2 hours prior to curtain time, in-person only at the Ed Mirvish Theatre box office; subject to availability; 1 ticket per person.