The Mattijs X United Nude Fan shoe generates a jaw dropping response. I learned about these beauties after my tweets about my United Nude dream shoe purchase. Twitter friend, @TheDIYCouturier aka Rosalind wrote to tell me she just ordered a pair of United Nude because I inspired her to shop (hee hee, not the first time I’ve heard that). That’s right friends, she pre-ordered these beauties and put my Abstract Rome’s to shame. 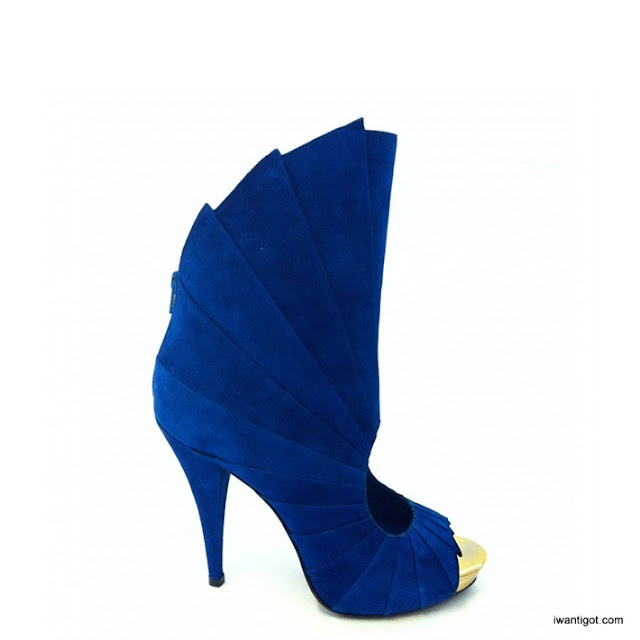 The Mattijs x United Nude Fan shoes are all about glamour. Designed in collaboration with Dutch fashion designer Mattijs van Bergen for his Catwalk show at London’s fashion week. No surprise the shoes are designed with a concept of pleats as Mattijs is considered to be the Dutch King of pleats. Only 120 Pairs total Limited edition were made.

Mattijs van Bergen studied at Central Saint Martins in London before starting his brand in the Netherlands. “One of the most promising young designersâ€ (British Vogue), “Crown prince of Dutch Fashionâ€, “King of Pleatsâ€(Dutch Elle).

Rosalind, you are 1 of 120 lucky women.Â  I need twitpics when they come in!